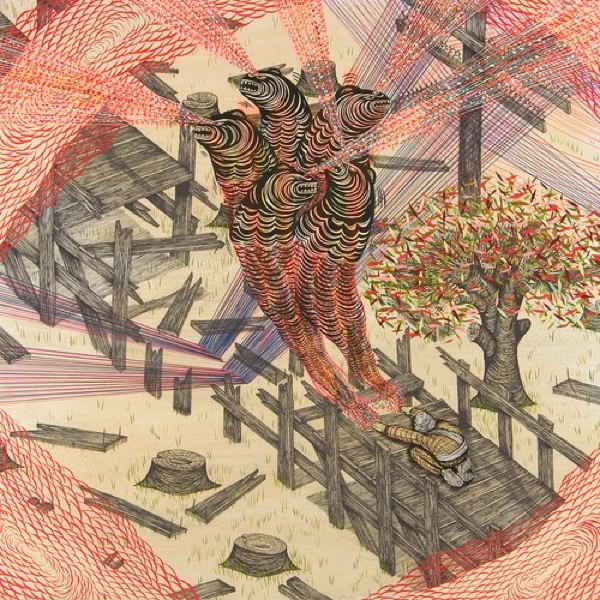 Three years ago saw the release of Rogue Wave’s Permalight, and though frontman Zach Rogue delivered a solo album a year later, it’s been quite a long minute since we’ve heard from the indie pop band. That’s about to change, as the band has parted ways with Brushfire Records, signed to Vagrant, and readied their fifth studio album, Nightingale Floors.

Due out on June 4th, the new record was born out of tragedy stemming from the loss of Rogue’s father. Instead of taking a darkly meditative look at death, however, the band decided to focus on the beauty of life as a means of coping.

“Everyone has drama in their life,” explains Rogue. “Everyone’s experienced life and death and injury. Maybe us a little bit more, I don’t know. I’ve always joked with [drummer] Pat [Spurgeon]: ‘Everything is trying to kill us, but we’re still here.'” The band also lost their friend and former bassist, Evan Farrell, shortly after he had left the band in 2007.

Rogue’s optimism extends to his feelings for the new songs, as well. The thing I like about the new album is I can envision playing all of the songs live, Rogue says. For Permalight, it was like, How will we do this? Thats not a good sign. For this, its like, How are we going to play all of them? And thats exciting.