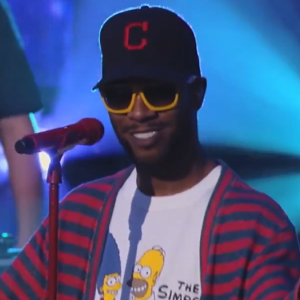 With his new album less than a month away, Kid Cudi hit last night’s episode of Jimmy Kimmel Live!, where he performed “Immortal” and “Just What I Am” alongside King Chip. Watch the replay below.