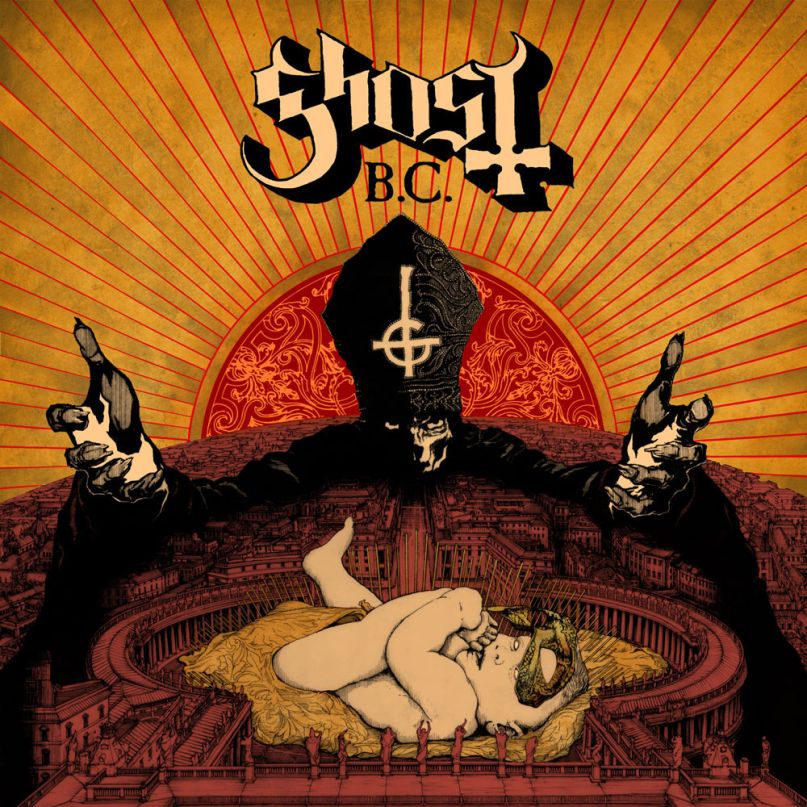 Metal bands have been singing about Satan since the dawn of the genre. At this point, it’s not entirely original. But what if you dress up in black pope robes, vow to remain anonymous, and then sing about Satan?

That’s what the members of Ghost B.C. did, and now they’ve got a major label contract and the ears of the entire metal community. The Swedish ensemble released its debut album in 2009 and immediately garnered a following for its occult theatrics and hyper-melodic doom metal.

Since then, they’ve gone through some lineup changes — including a “new” frontman — but sophomore album Infestissumam retains the band’s signature sound and style. This is partly because new singer Papa Emeritus II sounds exactly like Ghost’s old frontman (it’s been speculated that it’s the same person playing a new character), singing in a falsetto akin to Blue Oyster Cult’s Donald Roeser.

For all their evil posturing, Ghost are pretty tame — steady mid-tempo metal with the occasional chugging chord and solo. However, Infestissumam distinguishes itself with its multiple Satan-theme Gregorian chant passages (the album intro, for instance).

In fact, Ghost’s fixation with Our Dark Lord is ubiquitous throughout the album. And they’re so casual about it, with songs like “Depths of Satan’s Eyes” and the chunky “Body and Blood” sounding almost romantic in their devotion. The excellent “Ghuleh Zombie Queen” — a campy epic about the titular character — marks a rare change in subject matter.

They could certainly use some diversity there, as Infestissumam suffers from repetitive lyrics (they manage to have too much “hail Satan”) in addition to a noticeable lack of hooks. With its best songs — “Secular Haze” here and “Ritual” on the debut album — Ghost proves that it can be both catchy and sinister. Ghost’s sophomore effort, however, is more of a lateral movement than an improvement, and for a band whose songs rely on falsetto and choruses, the absence of memorable melodies on Infestissumam is an eternal sin.