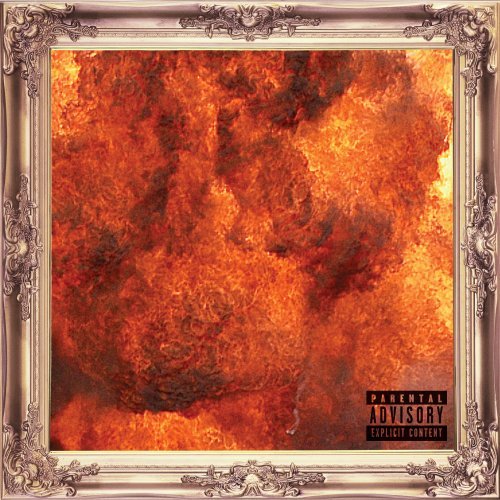 By now, I know Kid Cudi, and our relationship’s almost like a rebellious child and a disconcerted parent. When he debuted in 2009 with The Man on the Moon: The End of Day, I was disappointed that it didn’t live up to his 2008’s A Kid Named Cudi. By the time Man on the Moon II: The Legend of Mr. Rager landed in 2010, I found hope by realizing he’d never be that man on the mixtape. Now, with his third solo album, Indicud, my little Cudder’s at a career precipice: one small step from obscurity or one confident stride toward achieving potential.

Cudi’s once-promising rap skills are now without depth or panache. “Solo Dolo Part II” sees him team with rhymeslayer Kendrick Lamar. While Lamar brings lyrical fire (“Eternity, no such thing as time will tell / Infirmary, burn like magnetic combustion / Bad credit with me, and paramedics are hustling”), Cudi’s contributions are uninspired (“Searching all day in the streets for DMT / Don’t sip it, though – it couldn’t answer / Drip, drip all day – bumpin’ MGMT, homie”).  It’s not that Cudi got outshined by a superior wordsmith; it’s that he actually thinks he’s in Lamar’s league. That kind of false bravado only leads lost opportunities where he otherwise would shine on the record

“Young Lady”, a hackneyed number about talking to a pretty girl, actually sounds organic and earnest in his stoner drawl. And even though “Brothers” features more cheesy Cudi rhymes (the tired, “He will provide me with a nine / or if I need a street sweeper”), his hook (“Hey yo, alright / This is how it’s supposed to be”) overflows with true admiration for his fellow MCs while establishing a need for camaraderie that parallels his lifelong isolation. When he’s not singing about his personal demons, Indicud springs to life.

Where it falls apart for Cudi is an utter lack of planning. “Afterwards (Bring Yo Friends)” relies on the inherent badinage of a sex-tastic Michael Bolton hook, but even Mikey B. can’t sustain the agonizing march of a content-free nine minutes. “Unfuckwittable” has a great hook (“unfuckwittable” actually sounds menacing coming from Cudi) and a minimalist guitar drone that’s equally as threatening. Again, Cudi’s lack of foresight eschews a meaningful emotional declaration for cheap parlor tricks.

On the bright side, Cudi’s found a niche outside his forced aspirations. Indicud is his latest release on friend/mentor Kanye West’s G.O.O.D. Music, which is interesting because, in a way, this is Cudi’s most Kanye-esque effort to date: the one where he displays the least consistent lyrical skills while showing off his burgeoning skills as a producer.

With some hand claps and the electro-twang of an intermittent guitar, “King Wizard” generates more of Cudi’s beloved bro-ish sentiments of triumph and celebration. Only here, it’s far left-of-center for Cudi, which helps to make these sentiments special amid the other centrist musical landscapes offered.

He finally finds his emotional balance in “New York Rage Fest”, with tribal drums, off-key squeals of synth, and choppy electric piano all creating a sense of momentum, as if he’s dashing between uneventful parties on a balmy Saturday night. “The Flight Of The Moon Man” is an odd closer: the combined pop of reverberated drums and a synth like an animal stalking its prey doesn’t mesh with the preceding 67 minutes. Still, that kind of left field experimentation is what Cudi needs to be less underwhelming and predictable.

As with any producer worth a damn, some of Cudi’s best work actually enhances others. With a chance to produce for RZA on “Beez”, Cudi doesn’t disappoint, matching RZA’s cutting-but-nerdy rhymes (“Geeks trying to beast upon me, freak I will eat a zombie / Calm and double while you jumping through these hurdles, silly rabbit”) with a beat like some ’50s sci-fi Kung Fu movie (even though it’s just partially Geto Boys’ “Mind Playing Tricks on Me”). Working with a big name in the opposing direction, Cudi’s sample of Father John Misty’s “Hollywood Forever Cemetery Sings” on “Young Lady” is an amazing little tweak that adds a ton of soul to Cudi’s cheesy love letter.

Still, the production piÃ¨ce de résistance is “Red Eye”. With the lovely melodies of the Haim sisters at his disposal, Cudi crafts a bubbly synth groove, forging an actual pop tune about riding airplanes to see your boo that is as heartwarming as it is unassuming. It’s mostly on the sisters, but Cudi makes them operate in a new, more stereotypically-accessible manner, further understanding the power of leaving your comfort zone.

It’s ass-backwards to make other people look the best on your solo album. Still, that might demonstrate the path of Kid Cudi isn’t about being a rapper, a singer, or something in between. The point is, this record just proves that Kid Cudi has a lot of sorting to do, and continuing down the same old path simply won’t cut it in the long-run. Following a little personal overhaul, listeners like me might one day actually be proud to be indicud.