Lil Wayne – I Am Not a Human Being II 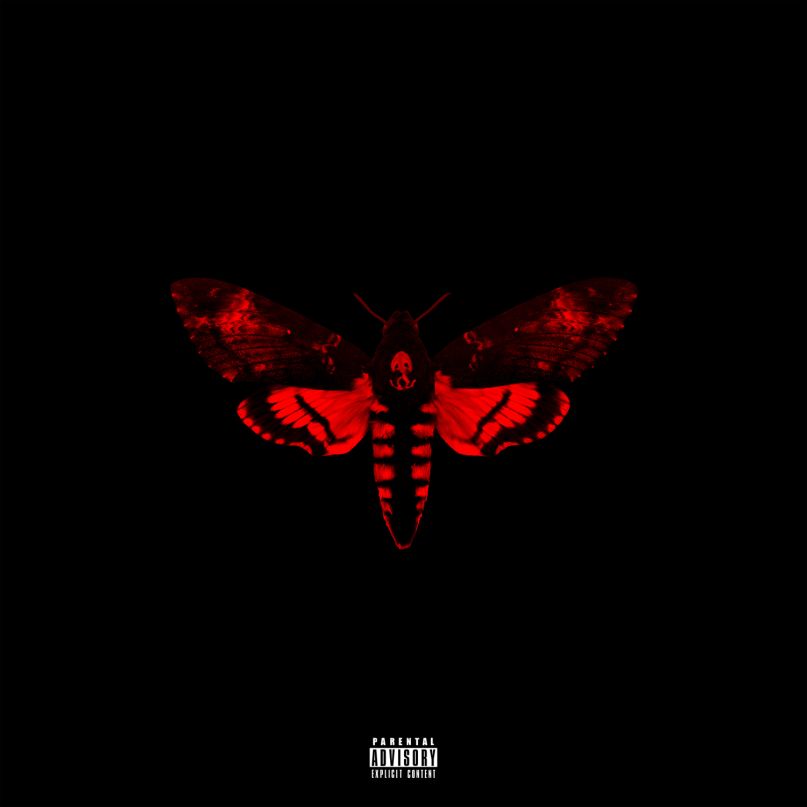 In an interview last week, Lil Wayne stated that he suffers from epilepsy — the cause for the string of seizures that left him in the hospital earlier this month. Wayne is only just now sharing such a personal fact, ostensibly to debase the widespread claim (catalyzed by TMZ) that his seizures were drug-induced. Purple drank-induced, more specifically.

I won’t lie: When I heard the news of Wayne’s hospitalization, the first word that came to mind was “codeine”. If we’re to believe Weezy actually lives the party-all-the-time lifestyle he brags about in his raps, then the guy is constantly sipping the sizzurp and sucking on blunts. It isn’t farfetched to assume those intoxicants might cause a seizure — or at least stunt one’s career. Epilepsy is affecting Dwayne Carter. Drugs are destroying Lil Wayne.

It wasn’t so long ago when he was on top of the rap game. 2008: “Lollipop” was all over FM radio, and Weezy was dropping hilarious, wacko mixtapes seemingly every week. But — slowly — a prison stint, hedonism, and droves of younger, more passionate rappers have worked to dethrone Wayne. He’s releasing I Am Not a Human Being II with the dreaded “has been” relegation looming over him.

And based on the album’s opener, you’d think he’s aware of his fading relevancy. “IANAHB” is a striking five minutes of Weezy riffing verse after verse to some impressive piano soloing by producer/pianist ELEW. It’s fueled both by sentimental angst (“Sometimes I need someone to talk to”) and Weezy’s typical shenanigans (“I stick it in her ass like some fucking steroids/Jose Canseco”). The track is an unexpected blitz, and one of his more memorable recordings to date. It would appear he’s back and with a vengeance. But no. None of the 14 tracks that follow “IANAHB” match its tenacity or production values.

I Am Not a Human Being II descends into nonsensical party rap — which isn’t bad in and of itself, but it’s the way it’s delivered by Wayne and his comrades (including 2 Chainz, Soulja Boy, and Drake): lethargic, bored, and uninspired. “I’m strapped up, nigga, fuck a gun law / See me walking with a limp / That’s my gunwalk,” goes the hook of “Gunwalk”, a prime example of the content included here. Weezy picks a subject (what drugs to include in his “trippy bag,” how he is going to “beat the shit” out of that pussy, etc.), and then he and his guests rap about it.

But Lil Wayne is best when he rhymes disassociated shit — so this pick-a-subject approach becomes restrictive, limiting his comedic range — and without the laughs, he’s nothing. Also, the beats. Where are they? I Am Not a Human Being II has plenty of trunk-shaking bass, but that’s about it: a handful of samples, a few snares, hi-hats, and lots of bass. The rap-rock fusion “Back to You” and old-school “Rich as Fuck” are the two exceptions here — the latter featuring two 2 Chainz’s finest IANAHB moment: “Look at you, then look at us / All my niggas look rich as fuck.”

There are certain points of interest on the album if you look into Lil Wayne’s lyrics, past the misogyny and ridiculousness. He drops subtle hints that things may not be so hunky dory in his sensational life. On “Curtains”, when he repeats, “I ain’t nervous” like somebody who is totally nervous and trying to convince himself otherwise. He does the same thing on “No Worries”. OK, Lil Wayne, you’re not nervous. Nobody asked if you were. Why do you keep repeating that? Maybe it’s just a search for some sort of meaning in his words, but he sounds like he’s in denial.

He has the right to be in denial. He makes lots of money, and his career is on the downswing. Many have been in denial over that. For Lil Wayne, the solution is simple: Put some effort into the music, regain your momentum, and then reassert chart-topping dominance.

Effort. Just a little. This album has less than little. Lil Wayne is an aficionado of pussy-eating and doing lots of drugs, usually at the same time. That’s all you’ll learn from listening to I Am Not a Human Being Part II. The beats are so simple that they’re a nonfactor, and there aren’t very many funny lines — which was Wayne’s most redeeming quality in the past. The record makes one fear for Dwayne Carter’s career in addition to his already unstable health. Hold it together, man.