No Joy – Wait To Pleasure 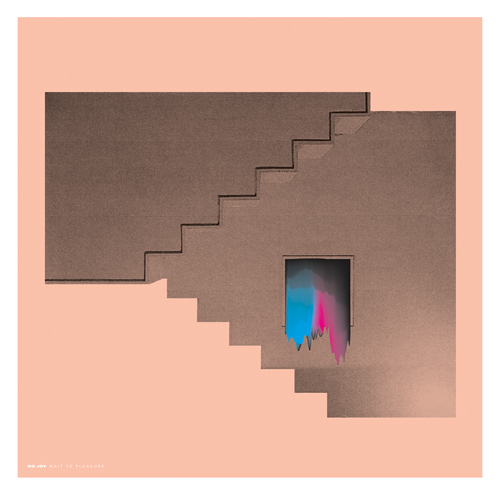 While reviews of their 2010 debut drew a straight line directly to bands like My Bloody Valentine (to the band’s apparent dismay), Montreal duo No Joy continue to make it clear that they aren’t just another shoegaze band. While taking umbrage in interviews is one thing, adding wrinkles as unexpected as a programmed, near-hip-hop beat to their follow-up, Wait To Pleasure, is an even more serious step. Their eagerness to separate themselves leads to mixed results, feeling alternatingly awkwardly forced and brilliantly composed.

The opening one-two punch of “E” and “Here Tarot Lies” bode well for No Joy’s quest to stand apart from genre titles. The howl of feedback and crunchy guitar picking on the former are compelling enough to forget about labeling, Jasamine White-Gluz’s chilled vocals calling from the center of the growing whirlpool. Lead single “Here Tarot Lies” finds a more pop-friendly groove, limber bass and foregrounded vocal melodies driving things instead of the guitars.

Later, though, the changes aren’t always so seamless. “Blue Neck Riviera” begins with intrigue, fleshed and composed with a drum machine and icicle guitar licks, making it equal parts Cure and hip-hop. But, almost as if they couldn’t keep the experiment going any longer, the song builds into another wash of guitar noise and effect-laden vocals. “Wrack Attack” incorporates elements of girl group pop and new wave shine, the guitars relegated to shimmering corners. But even then, bursts of distorted guitar bulge into frame, refusing to be tamed by the new structures.

On their debut LP, Ghost Blonde, it was clear that White-Gluz and Laura Lloyd were meticulous guitar arrangers, fashioning clouds and pools of the various noises the instrument could produce. On Wait To Pleasure, they’re eager to prove that they can do much more. “Lunar Phobia” does this in spades, the bouncing bass and programmed beat outshining the minimal guitar noise, while sublime vocal interplay provides the magic. At times on this sophomore release, No Joy are able to ditch the very things that drove their first album, and still wind up with compelling music, boding well for a potential third LP.