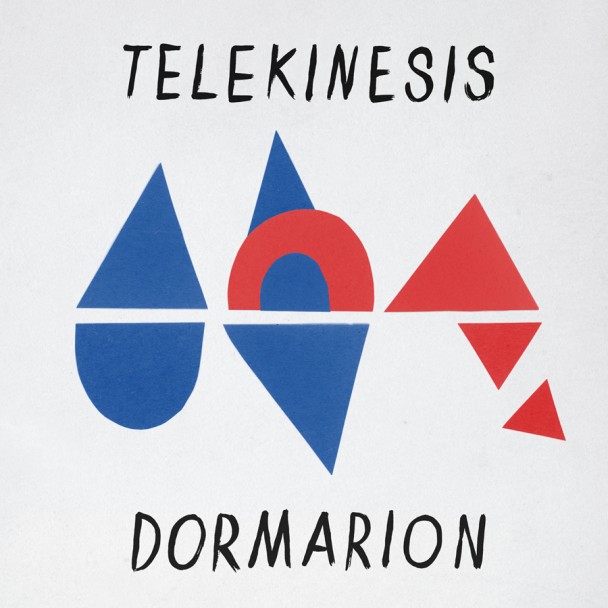 Two minutes into his third foray as Telekinesis, Michael Benjamin Lerner smacks you over the head with the formula he’s been using to craft songs ever since his memorable 2009 debut. Muted power chords give way to explosive guitar-pop mixed with a few aw shucks indie loner lyrics. And while much of Dormarian does hear Lerner up to his old tricks, the album dips into new waters, exploring more electronic, washed out sounds.

Elsewhere, “Symphony” tries hard to be the album’s “I Will Follow You Into The Dark” with its cutsey acoustic progression and sappy lyrics, Lerner’s nasally tenor warbling like he’s Michael Cera singing to Ellen Page in Juno. Lines like, “I do believe that we are machines and we search ‘till our parts intersect” could have come from Plans-era Ben Gibbard on an off day.

But these are capabilities we already knew about Lerner.  Tracks like the sun-spoiled “Lean On Me”, gritty garage jam “Little Hill”, and opener “Power Lines” are easy-to-digest pop nuggets, though they lack a deeper personality to give them real staying power beyond the initial sugar rush.

Dormarion shines when Lerner expands his comfort zone a la the drum machine-driven “Ever True”, or the New Order-meets-DIIV “Wires”.  First single “Ghosts and Creatures” also gets an electronic boost, aided by the production skills of Spoon drummer Jim Eno.

Telekinesis remains a solo vehicle, but Lerner is beginning to learn how to make fleshed out studio gems instead of one-take bedroom cuts. That helps spotlight Dormarion as his most mature album yet, and proves Lerner to be one of the more talented young indie pop acts out there today.