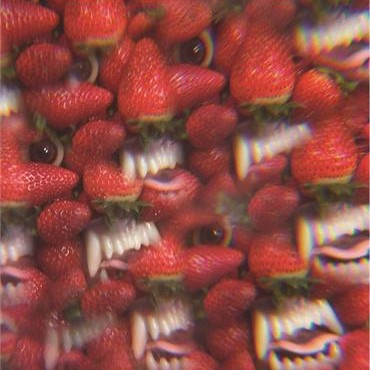 San Francisco’s Thee Oh Sees wear many faces, and wear them all well. Neil Young’s presence lingers from a distance overhead their deeply-buried folk roots, while the band members’ adoptive names such as Petey Dammit! echo a woozy Merry Pranksters — at least on paper. These crumpled facets result in a nails-tough act, whose setlists couple sepia-drenched ballads a la “Make Them Kiss” with satanic, Iggy-rivaling anthems, a mark of character that makes them quite difficult to follow.

They also possess a semblance of wizardry. It’s astonishing that a band produces, writes, records, and tours as frequently as they do. Yet they’re often lumped alongside fellow Castle Face labelmate Ty Segall as “slacker-rock”, a genre tag that suggests its artists have little drive. On the contrary, however, as both acts exhibit a work ethic that rivals Robert Pollard’s. Thee Oh Sees release at least one record a year, and that’s not even including collaborations like Castleface’s tribute last year to The Velvet Underground & Nico’s 45th anniversary and the number of tour split LPs. Hell, frontman John Dwyer even runs Castle Face Records.

That brings us to Floating Coffin. The band’s Castle Face debut and twelfth (?) studio release is built on the premise of hewing supernatural riffs from manmade instruments until your fingers bleed. Upon the first listen, it’s evident that the album’s production provides a surface that’s been heavily scrubbed with sandpaper. It’s nothing like the nail-scratched tones of 2011’s Castlemania or the demonic crackles of 2009’s Help. Sonically, it reverts back to the drawn-out, Krautrock-loaded jams of 2010’s Carrion Crawler/The Dream, as opposed to last year’s sharp Putrifiers II.

This time around, Thee Oh Sees are delving into more of a black metal mentality, a sound that drifts from their perfected brand of psychedelic garage thrashers, particularly with the moaning “Sweet Helicopter” and the gut-rumbling “Toe Cutter-Thumb Buster”. Yet the peculiar implementation of dueling power chords on title track “Floating Coffin” and the beginning of “Maze Fancier” leave your ears slightly confused. Elsewhere, “Night Crawler” kicks out strong with leather boots and meaty chords, but meanders in a circle without actually traveling anywhere. Similarly, the arrhythmic “Strawberries 1 + 2” loses focus about halfway through, leaving the listener unsatisfied without the expected guitar explosion.

Luckily, it’s quickly followed by the unassuming “No Spell”, which climbs into the familiarity of the band’s sweat-dripped licks. Thee Oh Sees are at their best busting out frantic, hook-laced numbers that pepper the majority of albums like Help. Yet these shiners become buried in Floating Coffin. Unlike the consistent, power-throttling grasp of Help, the standouts here are unmistakable. The meaty “Maze Fancier” demands to be cranked until monitor speakers burst, while the oohs and ahh ahh ahhs on “Tunnel Time” are emblematic of the entire movement of Satan-singed thrash-rock. The violin-dripping single “Minotaur” may be the band’s most honest track yet, with Dwyer recounting tales of decaying dreams so familiar to us all.

Thee Oh Sees are incapable of recording an unlikeable album, and Floating Coffin’s warmed garage slashers will satisfy a noise-addled listener. Although it’s far more refined and laid back than the band’s early screeching releases, Floating Coffin is a sign that Thee Oh Sees are far from dead, or burning out. They’re not even close.

Essential Tracks: “I Come From The Mountain”, “Tunnel Time”, and “Maze Fancier”