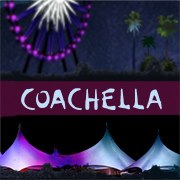 Coachella 2013 weekend one kicks off in less than three days, and youre going to need at least that much time to figure out a schedule. The festival has finally released this weekends set times and theres a lot to consider:

On Friday, do you see The Stone Roses, How to Destroy Angels, or Earl Sweatshirt? Blur or Grinderman? Beach House, TNGHT or Skrillex’s new side-project Dog Blood?

Check out the full day-by-day breakdown below.