Interview: Hutch Harris (of The Thermals) 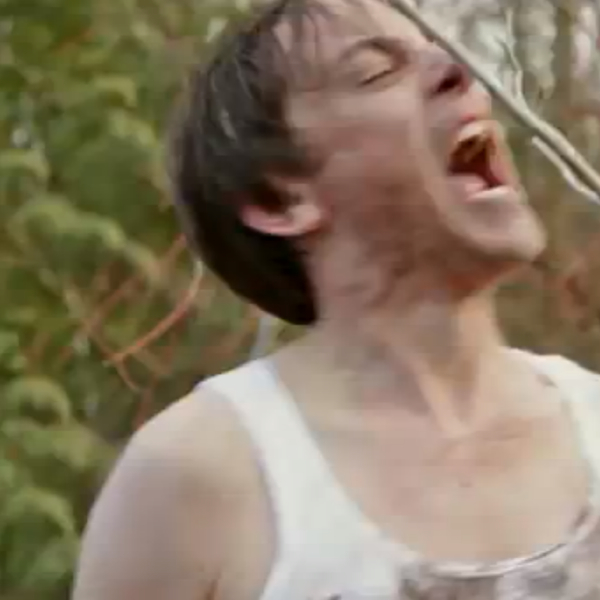 With The Thermals‘ 2006 masterpiece, The Body, The Blood, The Machine, frontman Hutch Harris sang about a dystopian United States ruled by a fascist Christian government. But it wouldn’t be the last time the band would deal with a specific theme. As joyous as it often sounded, Now We Can See was a meditation on death, and Personal Life was an obtuse dissection of relationships. Desperate Ground, due out April 16th on Saddle Creek Records, could easily take place in the same world as TBTBTM, stranding the listener in a war zone where killing is necessary, regardless of one’s feelings toward it.

Would you consider Desperate Ground to be a proper concept album?

I think it’s a concept album as much as our past records have been. You know, I like to have a theme for each record so all the songs are connected. But I try to not call them concept records, because, at least to me, it makes me think of, like, Yes. I mean Yes is a fine band. But when you think “concept record,” to me, it makes it sound too heavy, like it’s going to weigh down the listening experience.

Your albums have running themes, 2010’s Personal Life and especially 2006’s The Body, The Blood, The Machine, but would you say they have a linear story, too? Could you trace the characters’ journeys from point A to point B?

I think you can. I mean, it might be a stretch. I definitely can. But whenever I read a review about a record where there’s a plot, I think it’s too distracting. I like how there’s kind of an arc to the new record and to the past records. To me, it tells a story. I don’t know if the listener will get that exactly. For me, I like to have a story and theme. But really, I want it to be just about the songs when you’re listening to it.

With the songs on Desperate Ground, it’s almost like these characters are on the other side of The Body, The Blood, The Machine, that maybe these are the soldiers in a particular environment, these people that kind of revel in violence, but sing about it in a joyous way that isn’t at all morbid.

Yeah, you know, this record is about killing. It makes no apologies for that. It’s uh… [Laughs.] Sorry, what’s the question?

[Laughs.] Sorry, that was more of a statement than a question. I guess I’m asking if you’d say it’s an accurate assessment, that you’re not necessarily trying to make a statement about violence. That it’s more these people who sing about catastrophe and death in a way that’s accepting of the inevitability of those topics.

Yeah, inevitability is like the key word. If there’s a statement at all, it’s just that war and killing and death are all inevitable. It’s something that humans have always done, and I’d say always will.

Whenever there’s a tragic event, like a shooting  for example, people try to examine why it happens, and why it’s happening so often these days. But part of me always thinks that it’s not happening more; it’s just getting covered more by the media. Do you think things are any worse today than they were hundreds of years ago, in terms of how many people are dying and the shitty events that are happening in the world?

I don’t know because I don’t have the statistics, but this record is just about [the fact] that people kill. People always have killed. I don’t know how the numbers add up, but anything that you read about history… to me, it sounds at least as brutal as, you know, the world is now. It’s hard to say. In some ways, it seems like people have gotten more civil. In some ways, it seems that people are just the same as they always were. There’s just this urge to kill. It’s just something that people have always done.

The lyrics remind me a lot of Cormac McCarthy, or other artists who have written about apocalyptic environments. Did you have any outside muses in that regard, specific pieces of art that inspired the writing and recording?

A big inspiration is The Art of War. The title, Desperate Ground, comes from The Art of War. I knew going in, as I started writing the lyrics, that I wanted to write about war without it being an antiwar record. You know, the same kind of thing as with The Body, The Blood, The Machine, how that deals with war and religion. Honestly, I wanted it to sound like it could either be an antiwar record or a very pro-war record. The Art of War was a huge influence because it’s just a really smart book. Everything it says about war… you know, there are so many lessons that the U.S. could learn or should have learned.

There are just a lot of great speeches in that book. “You should be ready to go to war, but really, the goal should not be to go to war.” It just has really realistic explanations. It’s not a moral thing. One of the main things is war is expensive. War wastes money and it wastes your troops. You lose men and you lose money. So you want to be prepared for war. But really, you should try to not go to war, if possible. Plus, you know, it’s a Chinese book. If you look at the Chinese, they have a huge military, but they almost never use it.

How long ago was it written?

Didn’t Wesley Snipes make a movie called The Art of War? Was that at all based on the book? It’d be weird if it was. Maybe they just took the title from it.

I don’t know. You know, I looked it up on the Internet just to see if anyone had used the title Desperate Ground, or had made stuff that had been influenced or was titled after the book. And it goes on forever. That book has been a huge influence, I think, to people in all areas of life for a long time.

You guys signed to Saddle Creek for Desperate Ground, a label which you’ve had some ties to for a long time. I read that The Faint used to crash on your floor.

Yeah. Probably just once, but you know, you hype it up for the press. [Laughs.] I don’t know if you remember the band Her Space Holiday, but they were from just north of San Francisco. They were like old friends of ours because we’ve spent a lot of time in the Bay Area. Mark Bianchi, who was in Her Space Holiday, he just called us up one time and said, “Hey, there’s this guy Conor. His band’s called Bright Eyes. He needs a show in Portland. Can you help him do a show?” This was probably ’99 or maybe 2000. It was like right before Fevers and Mirrors came out.

So, yeah, we ended up putting on just this house show… just this little house show in Portland for Bright Eyes. And obviously they went on to be huge. But you know, Conor and Bright Eyes, they produced us and all these other Saddle Creek bands. And we’ve toured with Cursive. So, really, like… when we were signing, we were like, “We’re friends with most of these bands, and it makes a lot of sense.”

Some people have this perception of Saddle Creek as being this, for lack of a better word, folky, almost alt-country label, but there are a ton of bands on there that buck that convention. Do you feel like people still see Saddle Creek in that way?

You know, I’m not sure. I posted a couple times on Facebook about signing to Saddle Creek, and the response is like so cool. It’s been really positive. With other labels we’ve been on, we were on Sub Pop, we were on Kill Rock Stars, these are all labels that people really like, you know? Saddle Creek, especially. People know the label. And the bands that have been successful on the label have been so diverse. If you put Bright Eyes and Cursive and The Faint next to each other, they’re all rock bands. But really, they’re incredibly different as well.

When The Faint crashed at your house, did anything crazy happen? Did you guys start a dance party?

You know, so many times, you’re on tour, and all the energy is used onstage. And then afterwards, you just want to crash. [Laughs.]

Would you say that a rock star’s life, in some ways, is just as normal and mundane as anyone else’s?

It depends from band to band. For many bands, it’s like, stay up all night raging. I would think the best tour stories you read about in the press, most of them are made up.

Do The Thermals have any wild tour stories?

No, but we’re going on tour. We’ll make something up, I promise. [Laughs.] I wish, you know? I always mean to make up stories, but I’m not good at it.

Going back to your albums, specifically The Body, The Blood, The Machine, has anyone ever approached you guys about making a movie out of one of them, or transferring them to any other mediums?

Yeah, I mean, I would love to. No one’s sending us e-mails about wanting to make The Body, The Blood, The Machine into a musical. [Laughs.] But I would love to see a film based on that record, or based on this new record. I don’t want to do it myself because it’s too much work. But, yeah, I mean, I love the idea of it. I think the new record and The Body, The Blood, they both would lend themselves very well to, like, a fleshed-out story using those songs. Desperate Ground, to us, is a very cinematic record. It sounds to us like it is or should be the soundtrack to an action film.

Both albums also end in a similar way, with these professions of love amidst all the violence. Is that something you guys discussed as a band, or is that just kind of how it happened?

No, it was totally intentional. It was Kathy. The last song we wrote for the record was “Our Love Survives”. We wrote that just a couple days before we went and recorded. And Kathy said, “Look, before we record, we need a love song.” The record is so dark and violent, so we wrote a love song that is just as dark and violent as the rest of the record.

Since The Body, The Blood, The Machine takes place in this dystopian scenario, did you and Kathy discuss the rules of the world, or what exactly the environment was that you were talking about?

Um… quite gradually, as we were writing it, we were kind of… you know, it’s nice to plan, kind of plan, what I’m doing with the lyrics. But then it sounds cheesy, and so, like, “artist” to say, “I like to see what comes out.” But really, you know, there’s a truth to that. We didn’t like to make any rules, or like parameters of where we were, and what we were doing, but the more we were writing, we were saying, “Okay, we’re in some kind of Christian fascist U.S., and we need to get out.” And really, the whole point of The Body, The Blood was escape. We’re escaping. And it wasn’t about fighting. It was about running for your life.

Any last things you want to say about the new album?

I’ve talked to one other interviewer for this record, and I started off by saying it’s about death. And when I saw it in print, I immediately regretted it. Now We Can See is about death. This record is about killing.