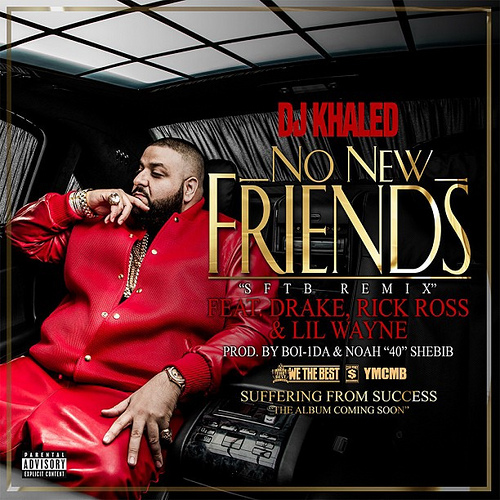 Drake promised two new songs this week and here’s the first one: “No New Friends” is the latest star-studded collaboration from DJ Khaled, featuring Drizzy alongside Rick Ross and Lil Wayne. It was originally intended to be the remix for Drake’s “Started From the Bottom”, but he ultimately decided to hand it over to Khaled for his forthcoming album, Suffering From Success. In turn, Khaled gave the track into its own mini-movie, featuring cameos from Drake, Timbaland, and others. Check out the song and video below.