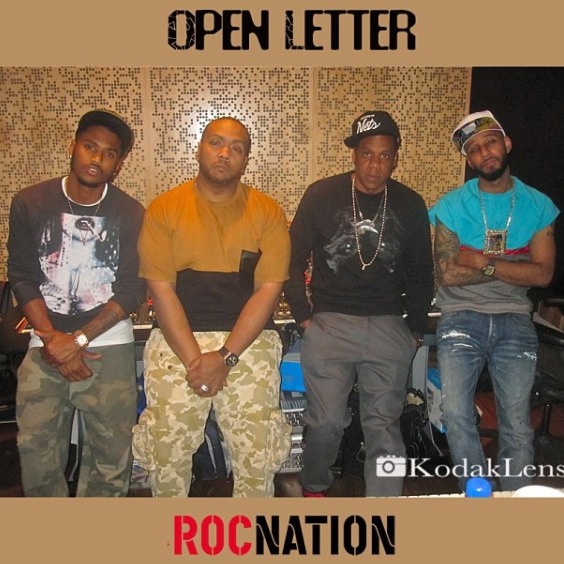 “Yall buy that bullshit. Yall better keep yall receipt/ Obama said chill you gonna get me impeached/ You dont need this shit anyway, can chill with me on the beach,” Jay-Z raps in “Open Letter”. The vicious new track was premiered earlier this morning on New York’s Hot 97, and according to DJ Ebro (via Miss Info), Jay-Z said he was inspired to hit the studio alongside Timbaland and Swizz Beatz after seeing how the media covered his and Beyoncés recent trip to Cuba. But that’s not the only topic covered in the track: he also addresses his decision to sell the Brooklyn Nets (Would have brought the Nets to Brooklyn for free/ Except I made millions off you fuckin dweebs/ I still own the building. Im still keeping my seat), his new deal with Universal Music (Got an onion from Universal, read it and weep), and even pokes fun at those who label him a criminal (“Wanna give me jail time in the fine/ Fine, let me commit a real crime/ I might buy a kilo for Chief Keef/ Out of spite, I just might flood these streets/ Here the freedom in my speech.”) Anyone think Matt Drudge has heard of Chief Keef?

Update: Because every single rap lyric ever is meant to be taken literally, White House Press Secretary Jay Carney was forced to address Jay-Z’s new song during his daily briefing today. “It’s a song,” Carney said “The president did not communicate with Jay-Z over this trip.”