Beacon – The Ways We Separate 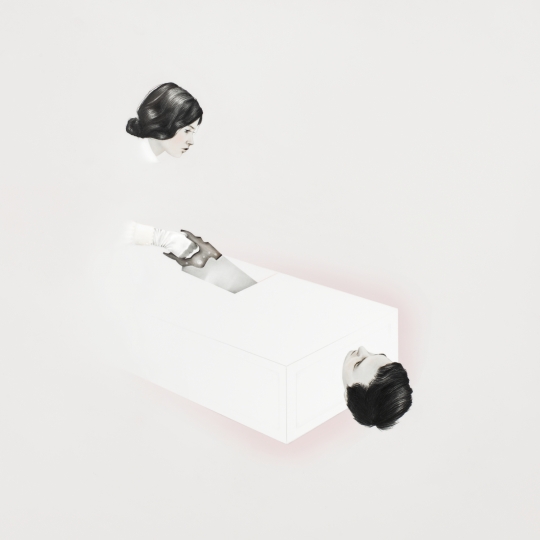 How slick is too slick? For Thomas Mullarney III and Jacob Gossett, two Brooklyn art students who teamed up to make music as Beacon, questions of love and loss are best tackled under a dark sheen. The outfit’s debut LP The Ways We Separate simmers as bedroom music for troubled couples, grouping R&B and dance music together into a smoky pop hybrid.

As sleek as The Ways We Separate may be, it wants for adrenaline. Webs of sound grow in patterns that quickly become familiar. Mullarney’s slight tenor neatly fits Gossett’s knack for electronic grooves, but rarely hits upon the emotional rawness that’s usually bundled up in the R&B melodies he borrows. At times, the record plays like a less vibrant take on How to Dress Well or The Weeknd; other times, it sounds like it could more comfortably settle into minimal techno without the weight of lyrics on top.

A few distinguishing moments drift in. Halfway through the track list, “Overseer” couples Dan Deacon jitters with chilly industrial bass, while Mullarney actually sounds pained rather than simply meditative. Unlike most of The Ways We Separate, the track doesn’t build on a bell curve, but rides a mutating beat to its finish. “Anthem” breaks a spell cast by warm pads with an arrhythmic bass line, ultimately framing vocals and synthetic handclaps against open, empty space.

All told, Beacon craft songs with a simple formula: R&B vocals layered over rap bass and trance arpeggios. The duo’s debut album solidifies that process, but doesn’t stray far outside of the range set by Beacon’s For Now and No Body EPs. The sound is smooth, but the stakes are low.