CocoRosie – Tales of a GrassWidow 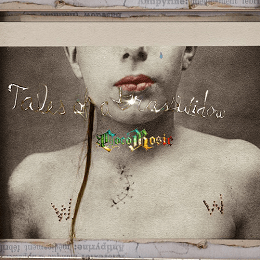 CocoRosie are an acquired taste, but on Tales of a GrassWidow, their fifth studio album, the Casady sisters spin some of their most accessible tracks in years. As always, the imagery is eerie, like the dreamy refrain of the opening track “After the Afterlife”, backed by music-box piano chimes. Here it’s more in the manner of a dark children’s folk tale than a horror movie. There is much to be charmed by here, and many layers to be uncovered through repeated listens. However, a few standout tracks make everything else look a little pale by comparison.

“Tears for Animals” is a collaboration featuring the dulcet tones of Antony Hegarty (of Antony and the Johnsons) under the higher intonations of Sierra and Bianca. An electronic beat backs the repeated question, “Do you have love for humankind?”, all punctuated by foreboding narrations about poison in the water and pistols and nightshade. The sisters’ lyrics are frequently unintelligible, but the song’s success lies in its ability to create a sense of euphoria that works in opposition to the dark undertones. Their greatest strengths lie in these contrasts, and in the same way that these two young women enjoy performing with gray beards and mustaches stuck to their faces, many of the songs on Tales of a GrassWidow explore the space between the way things appear and the way they really are.

“Villain”, the second-to-last track on the album, sounds like it’s just begging for a dubstep remix to be played on a sweaty dance floor. The sisters interweave their vocals into a kind of lyrical wreath, circling around some heavy handclap beats. Even though what seems most significant about this song is that it calls attention to what’s missing, it’s a fitting back-end to the album, leaving the door open for whatever these sisters manage to think up next.