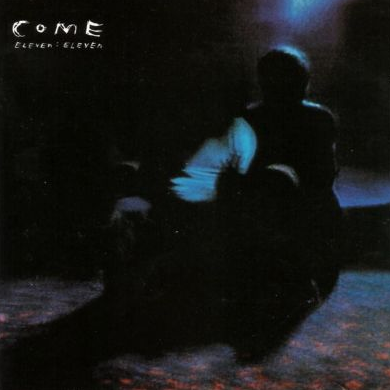 You know Pavement and Sugar and Nirvana and Dinosaur Jr, and when it came to finding an opener to rev up their crowds, those legends turned their heads to Come, the once obscure Matador newcomers. Their record, 11:11, established itself as a defining release from Matador’s early catalog, but now is extremely scarce on record store shelves. To celebrate its continued legacy, the label recently reissued an overdue remaster to reintroduce this sludgy punk to the masses.

The year 1992 initially reigned with the opposite, highlighting clean sounds through Pavement’s legendary slacker blueprint Slanted and Enchanted and vigorous punk releases from Superchunk and Teenage Fanclub. Come annihilated the status quo and shoved their efforts in the dirt, influencing critics to hail the debut as Matador’s first major success. 11:11 dripped with authenticity, and it only continued to carry its influence in indie rock as bands like Nirvana and Pearl Jam made strides in the mainstream. The reissue expands upon this impression with a live recording from their 1992 performance at the Vermonstress Festival, which is coated in emotionally-pronounced instrumentals and vocal screams that inject you with goosebumps.

Come thrives on songwriting based on such beautiful contradictions. The band creeps through sludgy instrumentals that abuse their instruments, seemingly ripping the bridges from their guitars. Songs like “Fat Piss Blues” and “Off to One Side” carry this performance with slow and intimate guitar exploration below the distorted rhythm track. As the instrumentals climb to impressive heights, Come drives on into all-out instrument battles. Screeching feedback and furious shredding illuminate a sophisticated side to the band’s energetic output. They also apply this flavor to their album-closing Rolling Stones cover, “I Got the Blues”.

Even as these winding jams test the patience and emotions of the audience, 11:11 rewards through every disgusting guitar slide and angst-laden croon. Come’s 1992 debut mystified and enhanced the formulaic angst of alternative rock, and keeps the echo .

Essential Tracks: “Submerge”, “Off to One Side”, and “Fat Piss Blues”