Dead Ghosts – Can’t Get No 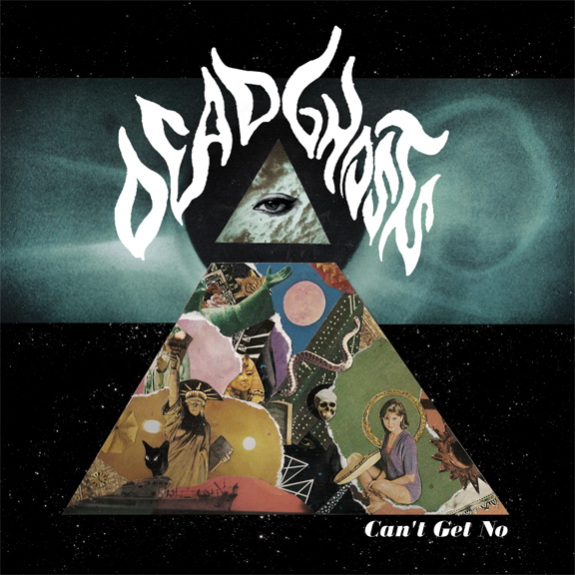 Dead Ghosts aren’t even a little afraid of the association that comes from the title of their new LP, Can’t Get No, but the sprightly garage rock that permeates the disc is more stoned than Stones. The Vancouver four-piece work out 12 heavily fuzzy, succinct jams dripping in various ’60s trimmings, fitting in nicely with the other strong releases from Burger Records of late, though perhaps a little more restrained.

Can’t Get No opens on a pretty boilerplate garage rock style, though they pull the expected style off admirably. The title track twists in on a swift bass line, chunky guitars and shout-along vocals buried in a lo-fi dust cloud. And I say shout-along, because the lyrics are largely so obscured that you’ll just have to approximate them in barking glee. “That Old Feeling” has a similar energy, in-the-red production and shuffling rhythm bouncing along like a slightly reined-in Black Lips.

Later, Dead Ghosts take their four-track to the beach on “Summer With Phil”, sparkles of arpeggiated guitar and gÃ¼iro rattles leading the way for a shimmying beach party. Even though the airier guitars considerably de-clutter the mix, the vocals wind up half-intelligible at best, buried in the sand. Elsewhere the first few chugs of “I Want You Back” recall a little too eagerly The Guess Who’s “American Woman” and ballad “I Sleep Alone” fades things out with a wall of organ and snare rolls.

Dead Ghosts never shy away from their influences, whether it’s that cheeky title or the fact that the album includes an Erickson-emulating track called “Roky Said”. Can’t Get No doesn’t have a whiff of insincerity; the Vancouver dudes clearly enjoy the garage rock of the ’60s, a grin coming along with the precise representation. That zeal for emulation, though, overpowers the potential for a unified, individual energy.

Essential Tracks: “Can’t Get No”, “Summer With Phil”