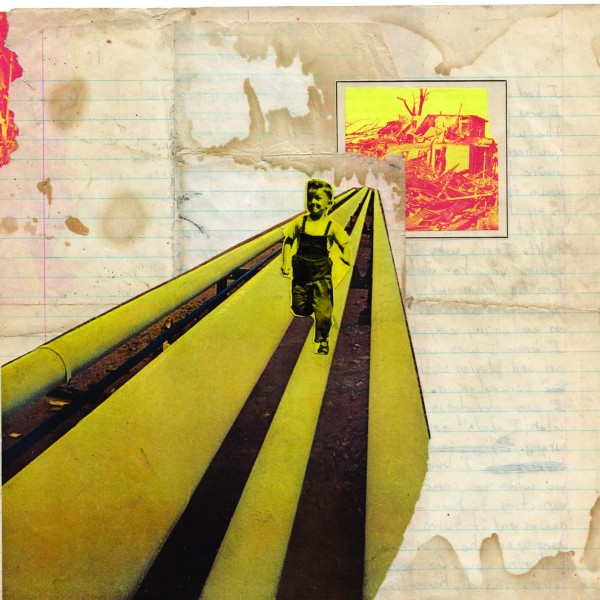 Robert Pollard is like the William Carlos Williams of alternative rock. Both are men of science: Williams was a doctor, Pollard is a, well, scientist. Both created some of the most succinct miracles in poetry and music, respectively. Pollard’s gift for brevity snowballed into a sum of 1,000 written songs, most of them for his band, Guided By Voices, who are releasing their fourth reunion record together in a little over a year (they plan to squeeze in one more before 2013 burns out).

The best song is “Island (She Talks in Rainbows”) because it’s memorable, which, given the prolificacy of this band, has to be the new barometer for greatness. “Island” has all the fixings of psychedelic bewilderment: subtle guitar modulations, the emphatic cymbal crash, and holy Simon and Garfunkel harmonies. The gorgeous two minutes feel like a warm beach blanket to curl inside.

“Send To Celeste (And The Cosmic Athletes)” features a rousing major-chord crescendo and drums that manifest like a slow clap. Pollard’s pronounced vocal takes surprising leaps while he contemplates executions and drinking glasses in the same breath. The song has the meek majesty of a teenager reciting the St. Crispin’s Day Speech to his girlfriend, which never happens, but somehow seems totally plausible in this song. That nostalgia permeates “Crybaby 4-Star Hotel”, a classic GBV title, and tells of “pinball days” come and gone because “daylight finally found us.” Tobin Sprout plays a slingshot guitar solo full of the gusto and risk of a bunch of hotel hermits taking to the real world.

Or perhaps they’re taking to the two-star hotel next door with a pinball machine that’s busted but at least let’s you play for free. Cue Foghat, cue Matthew McConaughey’s mustache, cue hard rock guitars, wayward vocals, and everything else on “Know Me As Heavy”, the kickass song that sounds like an abridged Hold Steady tune. In hindsight, a songwriting session between Craig Finn and Pollard would be amazing; although, a conversation between the verbose two might be fascinating enough.

That conversation might play out like League does, with “Quiet Game”, a song that matches T.Rex muscle and elementary school behavioral tactics. Pollard whispers (breaking the quiet game’s cardinal rule) and Sprout delivers a leaden guitar jive that’s been copied since the dawn of ZZ Top, yet sounds fresh in an album with such a diverse offering. “Quiet Game” may be the best rock song here until you arrive at “Taciturn Caves”, the longest song that I wish would never end because that’s how good Pollard’s Ozzy Osborne impression is (just listen to the way he pronounces “crying”!). Sprout follows Pollard’s lead with a “War Pigs”-style riff and a lick of a solo that lasts five seconds before the next song (“A Burning Glass”) swoops in, alas.

At the end of League, it’s normal to feel a modicum of betrayal, because Guided By Voices put the actual best song last. Does Pollard even know how hard it is to pick a favorite Guided By Voices song? Let alone just a favorite from one album? Sorry, folks. It’s “W/ Glass In Foot”, a barroom jam that manages to sound like Bruce Springsteen fronting the So So Glos. Sprout feels like he could veer off into the Replacements’ “Alex Chilton” at any point, and the song accomplishes all that without wasting any of your precious time at a cool two minutes and 20 seconds. Yeah, English Little League is a red wheelbarrow full of awesome.