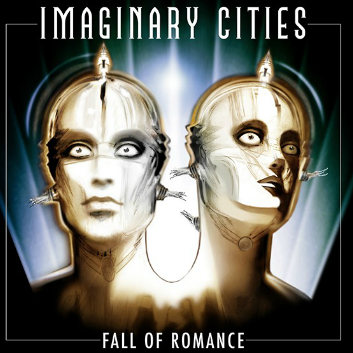 Imaginary Cities’ new album, Fall of Romance, falls victim to circumstance at around the halfway point. There’s nothing terrible to report about the Canadian duo’s recent output, but it all becomes clear as “Sooner or Later” reaches its conclusion that this has been done before. Worse, it’s being done all around us now.

Matt & Kim. Belle and Sebastian. She and Him. Edward Sharpe and The Magnetic Zeros. These are four commercially and/or critically-acclaimed bands that either dabble in or drown in “twee”. Imaginary Cities’ second LP lands somewhere in between, with a few minor successes. The title track is a piano-driven ditty that swims along doo-wop verses and choruses to a well-structured finale, using imaginative harmonies in said finish. A more meditative “All the Time” is the first proper song on Fall of Romance, and it works beautifully. The harmonies between bandleaders Rusty Matyas and Marti Sarbit blend together well, and the song never devolves into a saccharine substance.

The rest of the album isn’t as successful. Sarbit’s solos are too weak to sell this brand of music. She often aims for Adele, but more often settles for Deschanel. This becomes that more obvious on “Bells of Cologne” and “Water Under the Bridge”, two tracks where Sarbit sounds as though she’s holding back. A shame, because musically the album is varied enough. There are pretty strings peppered throughout, and the soft organ in “A Way With Your Words” is subtle in delivery but underlines the acoustic guitar very well.

On Fall of Romance, this much is true: the softer, slower tracks are the most memorable. Sarbit performs best during the quieter tunes than she does on the upbeat tracks. Imaginary Cities garnered some acclaim for their first album, Temporary Resident, but the formula must be adjusted for longtime success. Not every vocal needs to be a knockout punch; it all depends on the music. But if the music goes there, then the voice needs to, as well.

Essential Tracks: “All the Time”, “A Way With Your Words”, and “Still Waiting So Cold (Hidden Song)”