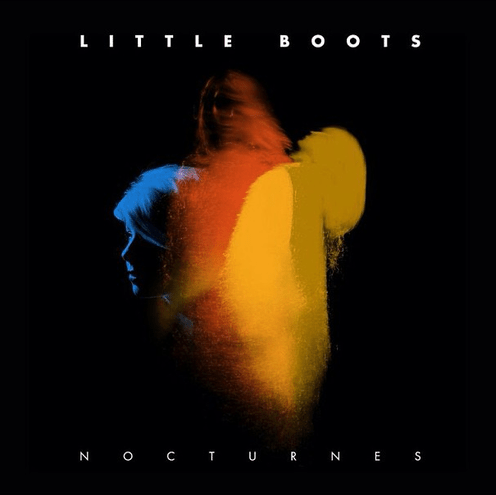 Little Boots marched onto the UK dance scene with a handful of singles that led to her 2009 debut album, Hands. The record, replete with disco-stitched synthpop, and its bubbly creator Victoria Christina Hesketh, built a nifty cache of critical praise and commercial success. It arrived at the tail end of a second wave of female pop artists, such as Lady Gaga, La Roux, and Lily Allen, who each used their talents and femininity to hurdle themselves past the likes of manufactured, Top 40 girl charm acts like Britney Spears, Christina Aguilera, and Mandy Moore.

Little Boots’ discotheque, club kid aesthetic comes right up to the high watermark left by those second wave pop stars, with songs reliant upon getting lost on the dance floor to shake off broken sentimentality and troubles with love. Misunderstandings, mind games, and perseverance were all common themes throughout her Hands. Sophomore offering Nocturnes continues to play with this narrative of strife and redemption, albeit by departing from the ’70s disco era in favor of a ’90s house-inspired wall of beats.

The charm of examining such broad notions of romantic struggle is simple relatability. “Confusion”, for instance, recalls the smokescreen of duplicity and bewilderment that haunts relations between lovers: “I’ve been caught up in a lie / Haven’t called you in a while / Confusion / Confusion.” Whether it’s misleading a friend with carnal benefits, withholding inappropriate behavior from a spouse, or the the myriad half-truths one sells in order to juggle OKCupid dates, being engulfed in an angry cloud of doubt is a hard position. “Confusion” stands out as one of the most well-produced tracks on the album. It’s an instant favorite: Hesketh’s looped vocals and rhythmic “yeps” add to the storming instrumentation, while an echoed breakdown of “Never lie to me again” is more impactful than it should be.

But perhaps that’s a credit to her ability to put you in her shoes. She’s the nervous girl at the club, gyrating on her own, dressed in a smile, but still mustering the resolve to approach a suitable partner. And unlike Taylor Swift, there’s no creeping sense of vengeance in her words. Rather, the pleas come across as a bitter acceptance spiked with a cry for help. This sense of vulnerability, fear, and death in small doses are motifs, and add to the triumph of vowing to keep on dancing, which is a promise that Hesketh repeats again and again (and again) in Nocturnes.

The album’s first single, “Broken Record”, demonstrates this range of emotion, but also stands, in part, as a display of the record’s shortcomings. The Kylie Minogue-inspired “Stuck on Repeat”, one of the biggest hits off Hands, makes a cameo appearance on “Broken Record”. It’s a fun song for sure, but comes across as another version of a song we’ve already heard. And it’s this sort of habitual rerun that hurts the second half of Nocturnes.

The trouble with Little Boots’ choice in house music is that there’s little room for experimentation. At times, lyrics rhyme just to be adhesive and the beats drone on and on and on. “Satellite” begs to be beefed up and remixed, and surely will be, whether by Pro Tools fanatics or a DJ on the fly. The subject matter of dancing is another diminished return. The word “dance” and its incarnations are generously sprinkled throughout the 50 minute album. But its overuse on the second half of the record becomes monotonous, like a fallback punchline. “Beat Beat” is a playful track that finds insomniac Hesketh promising “that I’m gonna keep on dancing / dancing to the beat of your heart” over a funky, soulful bass line, while in “Strangers” she encounters an old flame and laments “I know you so well / But we dance like strangers tonight.”

Of course, criticizing a house-inspired album for being overly reliant on dancing is like complaining about too much fish at a seafood restaurant. But the gusto and warm ardor of the first three tracks (“Motorway”, “Confusion” and ”Broken Record”, respectively) starts to fade over the life of the record. Guest appearances by James Ford of Simian Mobile Disco and Hercules Love Affair’s Andy Butler contribute further depth to Nocturnes, but like a long night club-hopping without chemical assistance, too much of a good thing without variety starts to dull the edge. Little Boots can always be counted on to do what she does best though: keep us moving, keep us feeling, and, of course, keep us dancing.