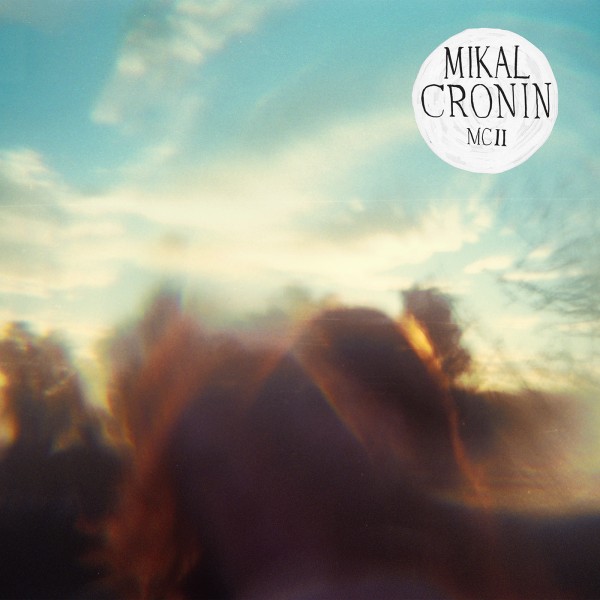 I’ve listened to Mikal Cronin’s sophomore album about 54 times already. (Probably around 61 by the time this review’s published, to be accurate.) That doesn’t say anything else but this: It’s really good. I’ve always championed Ty Segall’s partner-in-crime, and I’ve long felt he’s been the watermelon-flavored yin to Segall’s sour apple yang, but I never even thought he’d have an album like this in him. Whereas his 2011 eponymous debut carried the sort of crunchy power pop that soundtracks tender days on the road, or those wasted hours between four and six in the morning when all that’s left to think about is sleeping or fantasizing over Uma Thurman during a re-airing of Pulp Fiction, his fleshed out followup and Merge debut, MCII, feels like something substantial, anthemic, and, to crib from Burt Reynolds, “out of this world.” Fuck this album’s a blast.

“It’s amazing when people tell me they find a personal connection with the songs I write,” Cronin told Consequence of Sound this past week. “And my main mission statement is to keep it honest but also find the universal aspect. Maybe the best thing in the world is finding a way to connect people with music in the same way I connected with music. It’s a good feeling.” It’s more than that; it’s a rare talent. What Cronin’s able to do is take straightforward power pop, garage, or generic rock ‘n’ roll and hammer down a sound that doesn’t feel like an exercise in time travel a la Foxygen, Tame Impala, or half a dozen acts that are fine ‘n’ dandy but nonetheless a shade away from being considered a stray act off a Pebbles compilation. Now, Cronin’s not reinventing the wheel, or even trying to, but he’s writing great songs.

“Weight” could be this year’s most heartfelt and instrumental rock song, and if it isn’t, I’m dying to hear its competition. Cronin uses his guitar and distortion as an IV, bleeding his mind over delusions of failure and the personal demonization of anticipating success and his future. He sings, “I’m not ready for the boulder,” anticipating a blow that could very well be nonexistent. It feels like a loose summation on today’s fledgling youth, a college-educated generation that’s burdened by intangible forces, whether societal or personal. It’s a theme he continues to plunder on the following clap-friendly track, “Shout It Out”, where his problems feel out of his hands, despite his best intentions. He sings, “I’m pretty good of making things out of the scene / and turning problems back to me / it’s not the way I want to be,” acknowledging with loose finality that the “shit goes on and on and on and on and on.” I’d like to think that anyone in this erratic day and age can listen, do a little nod, and go, “Truth.”

What Cronin has over his contemporaries, specifically Segall, is the ability to fluctuate  Earlier this year, Managing Editor Jeremy Larson and I discussed how Cronin’s the McCartney to Segall’s Lennon — and that’s something I’ve spent way too much time romanticizing. (It doesn’t help that Macca’s always been my favorite Beatle.) Aside from the more obvious parallels — for example, McCartney’s first two solo albums are similarly titled McCartney and McCartney II — Cronin comes off as less abrasive, whether it’s on record, on stage, or in-person. He also maintains a status quo that breaks into new dimensions without sounding like he’s trying to do just that — in other words, he’s a casual guy.

One of MCII‘s most intelligent attributes is Cronin’s breezy musical expansion: the brilliant use of keys (“Weight”, “Am I Wrong”) and strings (“Peace of Mind”, “Change”) or both (“Piano Mantra”). One can’t settle on the guitar forever, and as the flute solo on his debut’s opening track “Is It Alright” whined, he’s not one to shudder from the music room. It’s the ease and comfort at which he’s able to change face that says thousands of words about his character and style as a musician and a writer. Later, on the acoustic drawings of “Don’t Let Me Go” or the candlelit balladry of closing track “Piano Mantra”, Cronin turns the garage into a theatrical production that seats two. It’s the songwriter at his most intimate to date and should give the willies to Ryan Adams.

By year’s end, I predict I’ll be on my 567th listen, maybe my 624th, or possibly my 982nd. There’s no way this one’s leaving the weekly rotation; I don’t even plan on putting it back in its sleeve. That’s a taste thing, and I acknowledge that, but it’s a good taste, and one that’s refreshing in its addiction. Already so many people have been championing 2013 as the strongest year for music in recent memory, and they’re not wrong, but here’s an album that has the punch and wit to stick around with the best. And that’s such a good feeling, because hey, at least something’s going right with the world today.