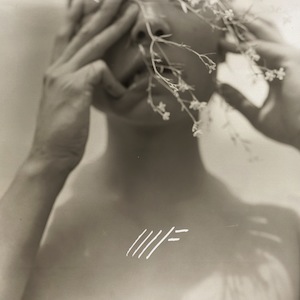 Symphony-size at 17 members total, Mother Falcon is redefining the lofty implications that the word “orchestra” can produce. The studious clan, many of the members students at The University of Texas at Austin, bring the orchestra way down to earth, bridging indie rock, an undeniable jazz theory background, and fluttering strings with a jovial spirit for dance in all its forms.

Mother Falcon spread their wings far and wide with their second release, You Knew. Although meticulously arranged, the album isn’t a grand lesson in jazz improvisation, or an elaborate showcase of the troupe’s talent in creating crescendos. Rather, it’s a study of movement emphasized by the precision of plucking tension with strings and carefully maneuvering the moments with triumphant duets.

You Knew runs an impressive range of emotive responses, from the cautious plucks on “Sleep” to the dramatic pleas of “Porcelain”. While the orchestra isn’t quite as poignant as their contemporaries, their knack for slow, commanding builds is present. The string section of Mother Falcon is whip-smart, especially the jolting violins, which forms the backbone of the band’s dominating harmonies.

What’s a tad disappointing, though, is how Mother Falcon struggles at pairing genders to match the caliber of their instrumentation. The back-and-forth rapport between the outfit’s male and female vocals don’t quite sink in with the comfort and depth that, say, Régine Chassagne and Win Butler’s do. Often the lyrics are exhaled so fast that they’re impossible to discern, particularly at the beginning of “Marigold”, where the strings thwart the vocals in a subpar mix. A welcome break cuts the tension in the middle, with a chorus of “fight fight fight,” but the sentiment of liberation is the very same.

Where Mother Falcon can grow is from expanding their western-dried ditties. The rollicking “When It Was Good” and the croaking violins of “Marfa” are as close to roaming a prairie as a personal listening experience can encompass. When the final number “What’s the Matter” thunders in, the album ends on a heart-swelling note after an electric ride, bookmarking You Knew as another testament to this young troupe’s talent. With tighter vocals and more time, Mother Falcon will soar higher — maybe even further than our present eyes can see.

Essential Tracks: “Marfa”, “When It Was Good”