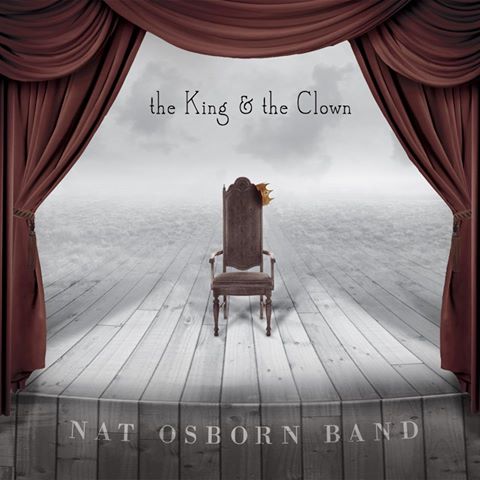 “…a polyrhythmic Latin-rock song about overmedicated children” sounds like a bad idea on paper and an even worse one on sheet music. But Nat Osborn and his rather large (sounding) band somehow pull it off. The aptly-titled “Ritalin” is one of many tunes on Osborn’s debut album to take jabs and jests at heavier topics that cause most singer-songwriters to flounder. There’s the class war parable of the title track, an indictment (I think) of alcoholism by way of starfuckery (opener “Fire In The Wind”), and another indictment (I think) of the futility of starfuckery, or at least celebrity ascension, even by way of genuine hard work (“No Reason”).

But the long con is that Osborn’s not punk, hip-hop, folk, or even straightforward rock. And although social commentary in music certainly isn’t limited to those genres, it’s rare that you see criticisms as pointed and humorous as his in swing and cocktail jazz — the mediums which he seems most comfortable playing in. Sure, a healthy dose of dub-sans-step creeps its way into the ballsy military chastisement, “Yours Alone”. But the upstroke guitar and darkened, simmering bass are novelties on a record packed with lounging piano and an ace horn trio.

Osborn rounds out the rest of The King & The Clown with love songs, or at least songs about love. Like his “political” songs, they’re at their best when they are criticizing someone, whether it’s the irresistible yet hypocritical girlfriend in “Little to the Left” (“She loves to wear leather/She hates when I eat meat”) or the drug-addled partner in “Subterfuge”. That’s not to say Osborn comes off as some holier-than-thou dickhead. It’s just that the more biting he is, the more specific he gets, and the songs are all the better for it. Otherwise, we get the overly general pining heard in “Siren” and “One Chance”. Far from being clunkers, they’re also not lyrically interesting enough to break out of their standard tango and blues trappings. Stay romantic, Nat, just as long as you stay angry too.

Essential Tracks: “Fire In The Wind”, “No Reason”, “Yours Alone”, “The King And The Clown”