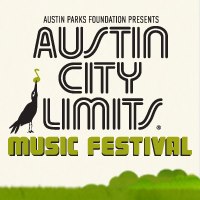 Austin City Limits has always been the odd festival out of the Big Four. Although one of North America’s biggest and best music festivals, its presence within the Music Capitol of the World has led to instant sell outs long before it was cool to instantly sell out. Festival organizers have consistently catered their lineups more to the Austin demographics, putting less emphasis on big name reunions or unique gets. Alt-rock, folk, and twang frequently top the bill, and this year is no exception with the presence of Wilco, The National, Kings of Leon, and Vampire Weekend.

But with the expanded two weekend format comes more tickets to be sold, more people to attract beyond local residents. And as a result, the festival has put together one of its more exciting and adventurous lineups perhaps ever. Depeche Mode, The Cure, and Atoms For Peace are acts you’d expect to see atop Coachella’s bill, and never did I ever expect to see Lionel Richie hold down a spot on the second line of the poster.

Is this the year Coachella’s lineup actually ranks last amongst the Big Four? One could certainly argue that Austin City Limits is up to par with its sister festival, Lollapalooza, and Bonnaroo. Yes, 24 hours later and its lineup still looks quite nice.