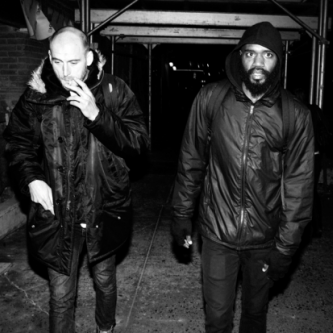 While rap-punk outfit Death Grips tour Europe, live reviews have indicated that drummer Zach Hill has been absent. As it turns out, Hill is back at home in California working on his first feature film, one which will feature a soundtrack of all new Death Grips material. Also on deck is a forthcoming Death Grips album, their third such effort within the last year or so.

In a statement, the band wrote:

Zach is currently writing, directing and soundtracking an original feature film. The movie is of his own creation, fictionally based and not related to the group. The film will be soundtracked with all new Death Grips music. He is also working on and recording the new Death Grips album at the moment. Death Grips is Stefan. Zach. Andy. Zach is very much still in Death Grips.

The confirmation of keyboardist/producer Andy “Flatlander” Morin’s continued involvement ends several months of rumors that he had left the group.

Hill’s absence comes a year after a similar career move, when the band pulled the plug on a summer tour in order to finish work on their sophomore album/Epic Records swan song, NO LOVE DEEP WEB.