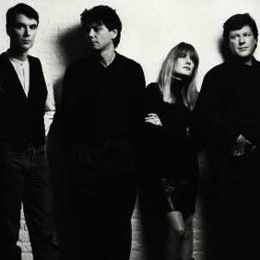 There’s a couple of well-known versions of “Psycho Killer” already out there: the studio version which appeared on The Talking Heads’ debut album Talking Heads ’77, and the live version from the 1984 live concert film Stop Making Sense, where Byrne brings out a boombox, announces to the crowd, “I have a tape I want to play,” and goes into an acoustic version of the song. Now, there’s one more to add to the list.

According to the AV Club (via Dazed Digital), this version of “Psycho Killer” was recorded with singer/songwriter and, as evidenced on the track, noted cellist Arthur Russell. This particular version of the song will be included in a selection of previously unreleased Arthur Russell material, premiering at an exhibition in Detroit this Saturday. If you’re around Motor City area, you can find more info on the event here.

If you can’t make it, enjoy the somber cello underneath the new-wave classic, plus an alternate, more orchestrated version of Russell’s song “Oh Fernando Why”, also being presented at the Detroit exhibition.