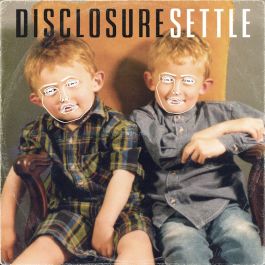 With less than a week before the release of their debut album, Settle, Disclosure have let loose yet another new track, “Help Me Lose My Mind”. The dance-pop-ballad not only showcases the duo’s continued ability to piece both slow-movers and heavy-groovers for all the varied club-goers, but, after previously teaming up with AlunaGeorge, Eliza Doolittle and J Dilla, also reflects their continued knack for picking fitting collaborators. Featuring the soul-leaning outfit London Grammar, “Help Me Lose My Mind” throbs with a rhythmic force and aches with an almost unquenchable need.

Settle is due out on June 4th via Cherrytree/Interscope. For more Disclosure, check out “F For You”, “You & Me”, “White Noise”, “When A Fire Starts To Burn”, and “Grab Her!”.