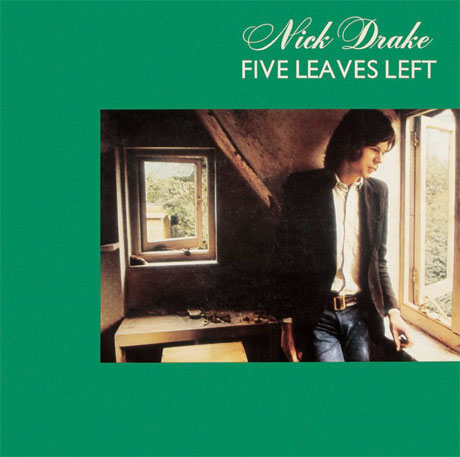 Late folk great Nick Drake will be celebrated by Island Records with a deluxe vinyl box set of his 1969 debut, Five Leaves Left, as Exclaim reports.

Due out July 2nd, the collection comes housed in a clamshell-style box, which packages together the remastered album (pressed on heavyweight vinyl), handwritten lyrics, a poster, and an mp3 download. As of now, there are no unreleased bonus cuts or extra material on the docket. Bummer.

It should be noted that this marks the final studio album of Drake’s to be reissued as such, following previous sets for 1970’s Bryter Layter and 1972’s Pink Moon. Though, Drake’s also been the subject of several other compilations, like the 1986 outtakes collection Time of No Reply and 2007’s Family Tree set.

In the meantime, revisit Five Leaves Left below.