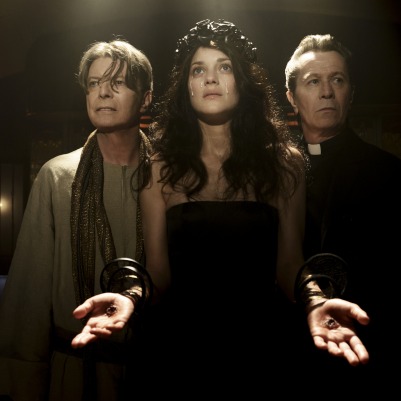 The rumors were true: David Bowie enlisted longtime friend and collaborator Gary Oldman for a new video in support of his comeback album, The Next Day. It’s for the album’s title track, and depicts an underground establishment where men of the religious cloth indulge their vices, but at a bloody cost.

Bowie wrote and conceived the video himself, acclaimed photographer and filmmaker Floria Sigismondi served as director, and Academy Award winning French actress Marion Cotillard also has a starring role. Also of note: Bowie takes the stage and sings, accompanied by a backing band. I’m sure we can all get used to such a sight.

Update: As Billboard reports, the video was temporarily removed from YouTube because “it violated the site’s Terms of Service.” As a spokesperson explained, “With the massive volume of videos on our site, sometimes we make the wrong call. When it’s brought to our attention that a video has been removed mistakenly, we act quickly to reinstate it.”