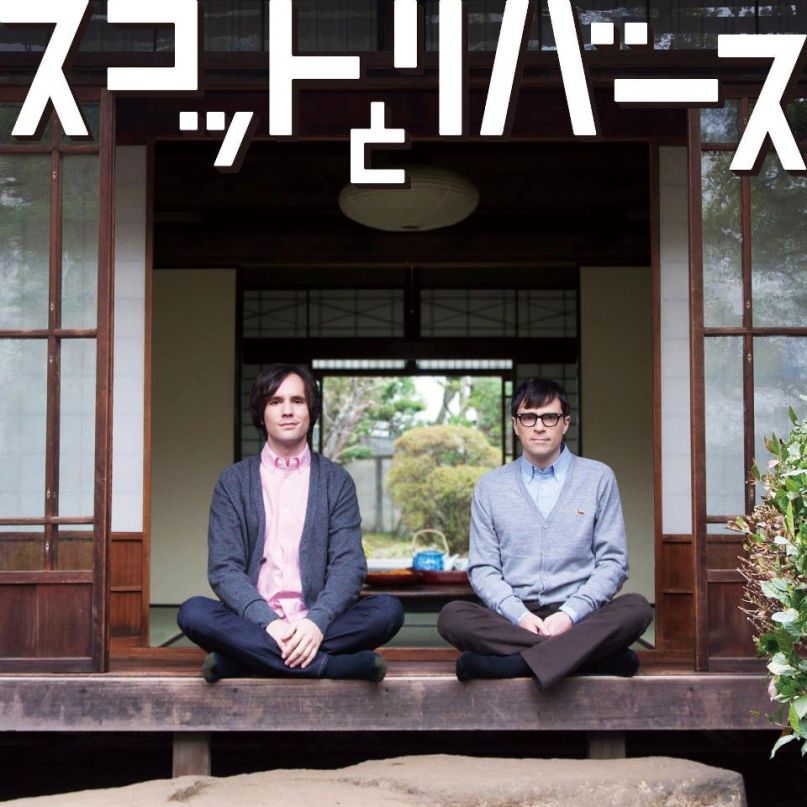 Surprise, surprise, Weezer frontman Rivers Cuomo continues to confuse the hell out of everyone. This time around, he’s gone ahead and started a new band alongside Alister frontman Scott Murphy, which he’s aptly dubbed, Scott and Rivers. The two already have a self-titled debut album out on iTunes, and here’s the twist: the majority of it’s in Japanese.

So, how and why is this happening? Well, it doesn’t take a Weezer historian to know that Cuomo has long had an affinity with Japanese culture, given his past lyricism and marriage to Kyoko Ito Cuomo. Murphy, on the other hand, found major success there with Alister, so much so that the band signed to Universal Music Japan, released a Japanese covers album in 2006, and toured the area for two and a half months. What’s more, both Cuomo and Murphy speak Japanese fluently.

The two came together in 2009, when Cuomo, out of all places, heard Alister during Weezer’s tour of Japan. Having considered a Japanese album for years, Cuomo buddied up with Murphy, recorded the album over a couple of years in Los Angeles and Chicago, and released it on March 20th via Universal Music Japan.

The album is kind of all over the board,” Murphy states in a press release. “It’ll definitely be hard for non-Japanese audiences to remember the lyrics to these songs, but the melodies are simple and catchy… if anything I think this record shows that the language of music is universal.

Take a crack at it yourself by streaming their catchy first single, “Homely Girl”.