Which summer music festival is the best value? 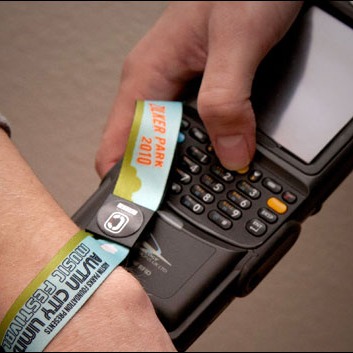 We love to argue over which music festival offers the best lineup, but what if you went strictly by the value of its ticket? Recently, Nerd Wallet conducted a study to see which summer festival — Lollapalooza, Outside Lands, or Austin City Limits — offers the most bang for your buck.

In order to answer this question, Nerd Wallet formulated the “gross value” of each festival’s three-day ticket based on these three criteria:

Nerd Wallet goes much further into their methodology here.

After obtaining the gross value, Nerd Wallet subtracted the actual cost of the festival’s ticket in order to find its “net value.” And from there, they concluded that Austin City Limits, and not Lollapalooza or Outside Lands, offers the best ticket value. A three-day pass for ACL is $225.00; however, its net value is $631.36. On the other hand, Lollapalooza and Outside Lands’ net values are $550.87 and $621.94, respectively.

So, you really can’t go wrong with any of the three. However, Nerd Wallet does point to a few statistical quirks in each lineup. For one, Outside Lands’ value is due in large part to Paul McCartney, whose average ticket price alone is $154.33. If you’re not a fan of Macca, the value of the ticket goes down immeasurably. Meanwhile, Steve Aoki is the third most valuable act on the Lollapalooza lineup (his average ticket price is $72.88), while Lionel Richie is the second most at Austin City Limits ($95.54 average ticket price).

Photo above via RFID Journal