Gold Panda – Half of Where You Live 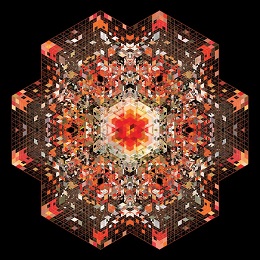 The style of UK producer Gold Panda has always been resplendent. The emphasis that Derwin Powers has placed on melody has been obvious since “Quitter’s Raga”. He places his melodic elements higher in the mix, and the rhythms they trek, his percussive elements follow. His self-professed love for more estoric samples fits neatly into this narrative; melody can produce the same type of nostalgia a recognized sample will. The result had obvious forebears — Four Tet, Aphex Twin, etc. — but on debut record, Lucky Shiner, Powers’ more refined pleasure-rewarding dispelled easy comparisons.

Half of Where You Live, Gold Panda’s follow-up, still plays to those strengths. Opener “Junk City II” deals in Oriental-influenced plinks and square wave stomps; standout track “Brazil” steals the old “You” trick of building off a single repeated word (obviously, “Brazil”) while slipping and sliding underneath elastic synthetic strings; follow standout “Community” finds its drive in a dreamy, underwater riff of synth stabs. But the record also separates itself from Panda’s debut by trafficking in darker, neon glow melodies as opposed to some of the more sentimental sounds of his debut. Gold Panda in da club, as it were.

On those standout tracks, Powers conjures up day-lit nightclubs that are just as wont to dance with their headphones on. “We Work Nights” reimagines some English flute as a house cut; “Flinton” is the most reminiscent of “Lucky Shiner”, with a beautiful piano riff accompanied by a battered drum sample that captures the idea of a log cabin dance party tape found in the dirt. Between the beats, there are moments of ambient beauty like the plaintive “S950”, which also kind of sounds like the waiting music for the Nintendo Wii.

Half of Where You Live is a strong follow-up from a producer who’s underrated due to his patience and steadfast refusal to be ostentatious. His music is calm and self-evident, finding memorability in its creator’s confidence with a tune.