John Fogerty – Wrote A Song For Everyone 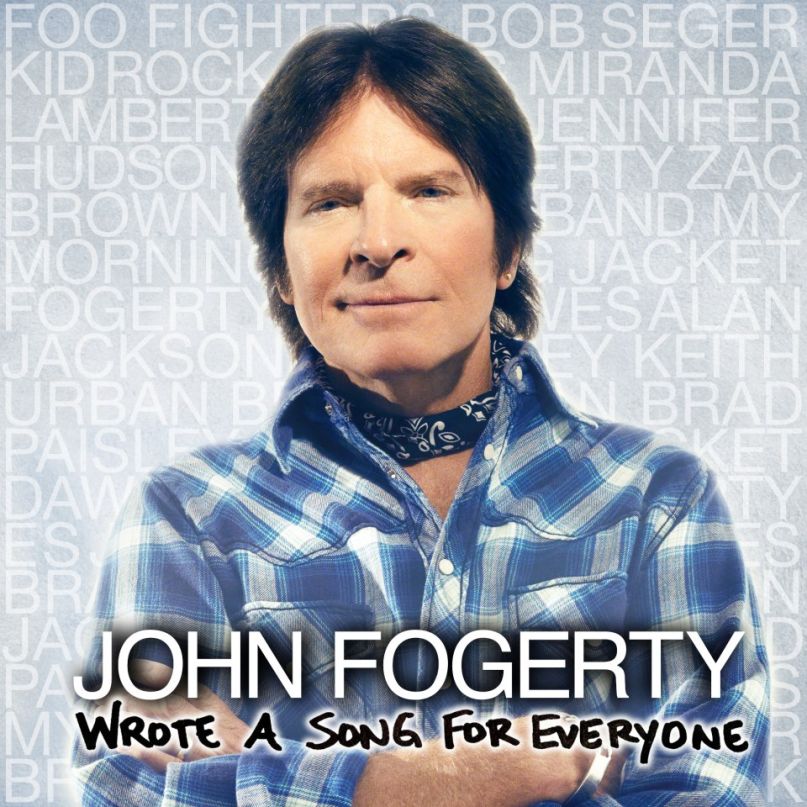 Released on John Fogerty’s 68th birthday, Wrote A Song For Everyone is a fresh spin on a dozen tunes from the Californian’s Creedence Clearwater Revival and solo days, plus two new tracks. Fogerty brings in the great and good from rock and country music for a series of cameo duets and string-driven duels. It’s an ambitious collection with its moments of excess, but overall the roots veteran pulls it off.

New song “Mystic Highway” sounds mined from almost any era of Fogerty’s long career. Its tale of a journey being uncertain but worthwhile in the end is a familiar theme, conveyed simply and directly with the small indulgence of an expansive instrumental midway. Vocally, Fogerty is at his best when he’s not trying to outperform the likes of Dave Grohl on the Foo’s supercharged rendition of “Fortunate Son” or Kid Rock on “Born On The Bayou”. He’s much more at ease paired with country crooner Miranda Lambert on The Band-like title track, enlivened by a searing  guitar solo by Rage Against The Machine axe-man, Tom Morello or when jamming with his two sons on the road-trip classic, “Lodi”.

The guitar playing is immaculate throughout, most notably when Fogerty trades licks with Brad Paisley on “Hot Rod Heart”. Elsewhere, Keith Urban adds his smooth vocal and banjo to a celebratory “Almost Saturday Night”. There’s one blot on the Fogerty landscape, the woefully construed Cajun-meets-gospel treatment of “Proud Mary” won’t go down as Jennifer Hudson or Allen Toussaint’s finest hour. Other than that, there’s plenty to simply appreciate about this record and some to love.

Essential Tracks:  “Mystic Highway”, “Almost Saturday Night”, and “Wrote A Song For Everyone”