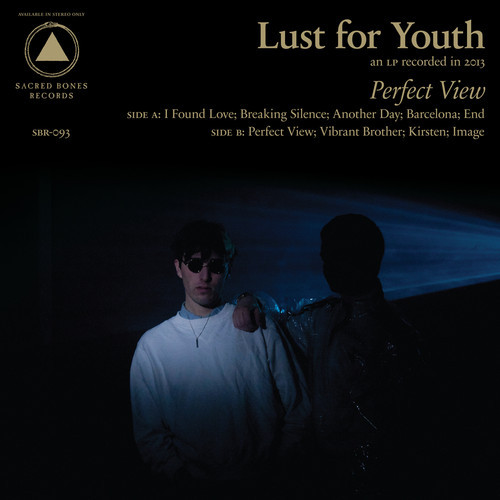 Looking at the work of Scandinavia’s most recent cultural expats, life seems pretty bleak. Iceage, Holograms, and Lower each take a none-more-black approach to post-punk tropes, Sexdrome (and Posh Isolation, the noise and metal label co-run by frontman Loke Rahbek) veers even darker to the hiss and roil of more nefarious strains of punk music, and even VÃ¥r, the ostensibly dancier sideproject composed of several of the Copenhagen scene’s forbears, aims for vacant and hollow rather than warm bodied floor fillers. Northern Europe could very well be beautiful this time of year, but the music that springs from it is forever settled amidst the bitterest of winters. Under the name Lust For Youth, Sweden’s Hannes Norvidde has channelled a very similar spirit and sound from his chilly electronics.

Norvidde’s debut for Sacred Bones as Lust For Youth, Growing Seeds, was a deformed smear of synth-heavy post-punk. Clangorous industrial noise collided with the bare skeletons of forgotten ‘80s dance pop numbers, all the while wrapped in a blanket of fuzz so thick as to deter even the most desperate of drugged up dancefloor searchers. With Perfect View, he’s peeled back the noise and the confrontational nature of the tunes, but keeps all the frigidity.

Sequenced synthesizers and the surprisingly dry thwack of the kick drum on “Breaking Silence” provide a bedrock for Norvidde’s most pop attempt at his brand of synthpop yet, but even though his vocals break through a bit more here, and elsewhere on the record, there’s still this distance created by the lack of hooks. His half chant, half yelp on “Kirsten” is no more grabbing than the instrumental patterns that circumscribe it, and though that’ll send poptimists running for the hills, Perfect View works, if only for its tunnelvision. It’s bleak music conjured from machine rather than man, but Norvidde succeeds just as wholeheartedly as his friends and countrymen as conjuring the bitter darkness that’s coming to define the region. This is mood music, ultimately, and the mood here is decidedly bummed the fuck out.