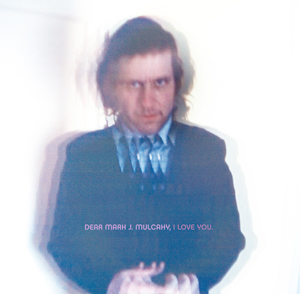 Some artists are household names; others manage to sneak their music into our homes. Mark Mulcahy (with or without the J.) once fell into that latter camp. Little could our Nickelodeon-reliant parents have known that a “babysitter” like The Adventures of Pete & Pete was doing more than giving them a 30-minute parenting break; the show was subliminally populating our eyes and ears with musicians and sounds that would soundtrack our adolescences and follow us into adulthood. When icons like Iggy Pop, David Johansen, and Michael Stipe weren’t paying visits to Wellsville, the mesmeric background music of Stephin Merritt (of The Magnetic Fields) and Mulcahy (via house band Polaris) was subconsciously tickling our inchoate musical taste buds like one of Mr. Tastee’s Blue Tornado Bars.

Nowadays, Mulcahy’s music doesn’t sneak into our homes. A “happily deranged” legion of those same kids who used to sing along as he jammed in flood pants on the Petes’ front lawn went on to discover Miracle Legion (his former band) and are now anxiously anticipating his first solo record in eight years—a wait that won’t disappoint. Dear Mark J. Mulcahy, I Love You plays like a love note to fans, blending Mulcahy’s singular solo sound with that sugarcoated Polaris vibe in 35 minutes of irresistible pop bursts.

The term “songwriter’s songwriter” gets thrown around a lot. However, Mulcahy might best be dubbed a singer’s songwriter—his voice being the most dynamic and versatile instrument found in his music. On “Everybody Hustles Leo”, his vocals tirelessly dance around his Epiphone and percussion: humming, moaning, hypnotically droning, playfully adding and drawing out syllables (“Lee-ee-oo”), and self-harmonizing in an endless variety of ways. It takes a couple weeks of living with the album to truly appreciate all that Mulcahy’s voice actually does here. Call-and-response shouts (“She Makes the World Turn Backwards”), the obligatory falsetto (jocular zoo prison break “Let the Fireflies Fly Away”), and zero-to-sixty chorus blastoffs (“My Rose Colored Friend”) delight from the first listen, but equally rewarding are nuances like the hushed echoes and pulsating vocal flourishes that buoy the subdued “Bailing Out on Everything Again”.

“I wanted to write outside myself,” Mulcahy explained to Rolling Stone about the record’s subject matter. “I felt like if I write my own thoughts, they’ll be grim, so I was happy to just imagine things.” Apparently, Mulcahy’s imagination isn’t all that cheery either, though you’d never guess from the tenor of these songs. Was that a “sha-la-la” during probing album closer “Where’s the Indifference Now”, which speculates on the reasons behind a suicide? And are we bad people if we tap our toes as another man paves his own road to perdition—“The first time is the worst time/ The next time is the time before the third time/ And so on…”—on “Everybody Hustles Leo”? Mulcahy doesn’t give us much alternative. On the infectious “Poison Candy Heart”, a one-sided relationship with a woman who’s “reckless as a chainsaw, thrilling in the bedroom,” and “happiest when I’m not” gets dipped in a confectioner’s glaze of strums, keys, and carefree whistles. Impending heartbreak never sounded so sweet.

When not dealing with women who possess poison candy hearts and the power to reverse the Earth’s rotation, Mulcahy, at his lyrical best, tackles the more practical question of where his characters stand in their relationships. “Badly Madly” waltzes and swells as the singer—maybe even the odd man out or romantic afterthought—counsels, “You’re waiting for him to say the magic words/ But in plain English, baby, what have you heard?” Mulcahy perfectly captures a moment of relationship ambivalence on gorgeous cut “The Rabbit”. The song’s protagonist observes,“Wilting willingly, you’re too much to handle/ And I’m just a Chinese candle on the window ceil/ There’s a certainty to you/ You play all the tunes that I just love to dance to.” With his elocutionary delivery, Mulcahy touches upon each syllable and sound, articulating this poignant image into existence no less vividly than a painter could with a brush and canvas.

Mulcahy recently explained to Consequence of Sound that the title Dear Mark J. Mulcahy, I Love You came from an old note that he found. After a few spins of this record, listeners will undoubtedly join me in saying, “What’s not to love?”