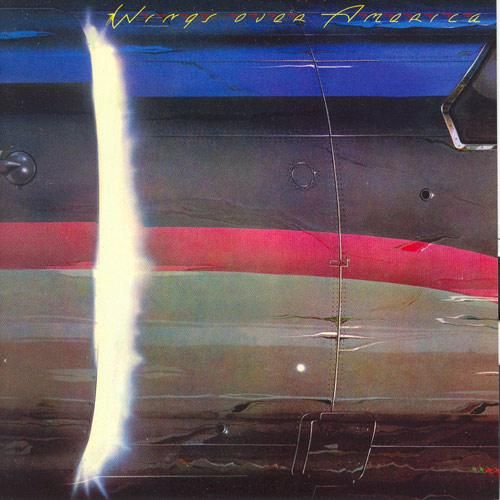 Paul McCartney is an institution unto himself, a nearly 71-year-old business, man, and he’s never let, say, the dissolution of The Biggest Band In The World hold him back from global reach. There were a few hurdles in the run-up to the American leg of the 1975-76 Wings Over the World tour: the death of his father, Wings guitarist Jimmy McCulloch’s purportedly broken fingers, the haunted presence of The Beatles on the charts, and the press’ spotlight on the ever-politicized John Lennon. But after 10 years since performing with the Fab Four, this — Wings’ only tour of the States — was the moment of rebirth for McCartney.

“After a year’s work of trying to achieve the impossible — forming a band after The Beatles — we made it,” he said in a recent interview. For a moment, in the early ‘70s, that did seem impossible. After the single-release missteps of the heavy-handed “Give Ireland Back to the Irish”, the drugged-up “Hi Hi Hi”, and the bizarre interpretation of “Mary Had a Little Lamb” in 1972, things weren’t exactly looking keen for McCartney and Wings — the two former singles were banned from airplay in Britain. Wings mounted two small-scale tours that year, playing to a slate of universities and then expanding to slightly larger venues across a European jaunt.

It wasn’t until a year later Wings finally scored a hit with “My Love”, the single from their 1973 studio album Red Rose Speedway. The B-side for that became “The Mess”, recorded live at The Hague during that European tour. It was the first Wings live release and the rubric for the recording of this album: live tracks augmented with studio overdubs where needed. By the time Wings Over America was taking shape, the band had figured out their formula for a world stage: 73’s Band On The Run reached number one in the U.S., as did ’75’s Venus and Mars, and ‘76’s Wings at the Speed of Sound. Paul and Co. were finally primed for stateside stadium shows, to as many as 67,000 people at once on this recording. “The smell of success was sweet,” McCartney said of that massive June 10, 1976 Seattle Kingdome concert, one of the main sources of material for this release and its companion film Rockshow.

After a number of personnel changes, including the contentious addition of McCartney’s wife Linda (derided by fans and critics alike), this was the lineup McCartney recalls as the most representative of Wings: the virtuosic McCulloch, former Moody Blues singer Denny Laine, Joe English on drums, the lovely Linda on keys and vocals, and a four-piece horn/percussion section that included Tony Dorsey, Howie Casey, Steve Howard, and Thaddeus Richard. At this point, McCartney was anxious to prove that Wings was more than just a backing band, a move that would come to bite him in the ass.

Wings at the Speed of Sound finally gave each member a chance to front a track, and the Wings Over America tour did the same (though Linda’s “Cook of the House” was conspicuously absent). Arguably, those are the weakest moments of this recording. Near the front, “Spirits of Ancient Egypt” and “Jars of Medicine”, fronted by Laine and McCulloch respectively, sound like a step backward for the band, even now. They’re both overly reverential of the blues and lacking anything catalytic. In the end, the show was largely (obviously) about McCartney. To many fans, his ambition to feature anyone other than himself was effrontery, and some reportedly left these shows disappointed.

So just who is this being reissued for? The deluxe edition, recorded during 31 shows in 21 U.S. cities over 51 days, has three audio discs, four books, a ton of replicated tour-type tchotchkes, and a DVD of the Wings Over The World TV special. One of the books is of Linda’s photography and documents the band’s “everyday life.” For the McCartneys on this tour, that happened to include four rented houses in New York, Dallas, Chicago, and Los Angeles, respectively. After each show, the family would take a charted British Island Airways BAC One-Eleven jet to the nearest rental, as to alleviate the need of moving their small family around the country more than was necessary —  you know, just everyday life.

This box set costs $140. In a market where music is free — including a stream of this Abbey Road-remastered version on Spotify —this seems fittingly exorbitant. Young people who are even remotely interested in historical documents of large-scale stadium rock have either already heard this classic or will simply stream it. They almost certainly aren’t going to buy it. Considering the Beatles camp seems to be running out of merchandising opportunities (Ringo is about to release a book of unseen photographs) this will largely be a collector’s piece for the deep-pocketed aging Macca disciple. Robert Rodriguez, the author of a number of books on The Beatles, even called the original release “a really nice souvenir.”

That’s not to say there aren’t magical moments here, particularly the middle section in which McCartney moves to acoustic guitar. The country western-tinged “I’ve Just Seen A Face”, from the U.K. version of The Beatle’s Help! and the U.S. Capital version of Rubber Soul, gets a huge welcome (and sounds like a weird rock/jug band hybrid with the rubbery backing bass). Its follow-up cuts, “Blackbird” and “Yesterday”, are met with just as much adoration as I imagine they were with tears. They still sound as poignant, powerful, and nostalgic as ever.

Elsewhere, the climax of “Do You Feel Like Letting Go” was built for the nosebleeds. Both the guitar solo and McCartney’s upper register on “Maybe I’m Amazed” still bring chills. This speedy version of “Live and Let Die” never gets any less thrilling, nor does the collective pull of hearing tens of thousands of people just absolutely screaming in esteem. It’s said The Beatles stopped touring in part because they couldn’t hear themselves play over the sound of the crowd. Here that’s not a problem, as reverence seems to outweigh the over-enthusiastic. Putting the sound of the crowd further back in the stadium also happens to be a mark of this remaster. Overall, tones seem softer, warmer, and the mix more defined. This is worth a listen.

It’s fascinating to hear just how these sounds have dated. McCartney’s ambitions to meld classical composition with pop sensibilities are slathered across these performances in a way interpreted critically to be unfettered by what he thought were Phil Spector’s overbearing string arrangements. At times, the auxiliary section can sound new age or disco-lite, a Chicago color that just reeks of the mid ’70s. Then again, despite having seen McCartney perform a number of these songs live in the last few years, I’m one of the young people this release was almost certainly not directed toward.

I recall not McCartney’s ’72 pot bust that politically disrupted the Japanese leg of this tour, but his 1980 weed arrest in Tokyo. That’s only because of Chris Farley’s incredible 1993 interview with him on Saturday Night Live. My first conscious exposure to Linda was a ’95 episode of The Simpsons. The hook to “Silly Love Songs” now sounds more comfortable on Girl Talk’s “Peak Out” than it does in this refurbished stadium setting. “Band On The Run” is a total gas in Rock Band. Put more simply, McCartney and Wings are embedded in this culture. They don’t need to seek out new fans. We’re all implicitly there, along with our parents.

Essential Tracks: “Maybe I’m Amazed”, “Live And Let Die”, and “Do You Feel Like Letting Go”