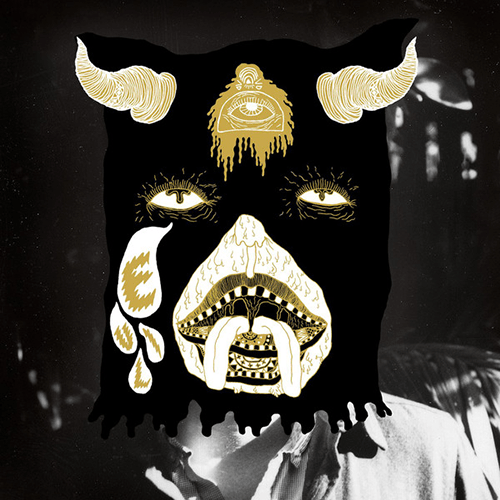 Portugal. The Man didn’t intend — at least not at first — to be the MVPs of indie rock. They run a full-time operation of touring, record at least one record a year, and seem to be at every music festival imaginable. The husky Alaskan band started as the side project for lead vocalist John Gourley and drummer Zach Carothers’ post-hardcore stint as Anatomy of a Ghost. The project was soon dismembered after Portugal. The Man’s languid world of kaleidoscopic songwriting began garnering them enough recognition to the point of relocating to Portland from Wasilla.

Known for their off-kilter rhythms and the subtle perfection of the psychedelic-pop group harmony, they’re no longer what you listened to in college while watching the dawn rise slowly over some strangers’ rooftop, a bottle of wine in tow. The shift has been gradual over a span of eight years, but looking at their catalog in retrospect, the days of power-chord swells in Waiter: You Vultures! and smooth-groovers like “It’s Complicated Being a Wizard” for the sake of magical realism is over.

Evil Friends, the band’s second release with Atlantic Records, is a straight-to-radio and pop-punch effort, thanks to the production help of Brian Burton, known colloquially as Danger Mouse. The sparkling tradition of Danger Mouse’s production is partially a cause for Portugal. The Man shedding much of their former endearing weirdness, replacing the fuzz-core freakouts of Church Mouth with rollicking synth lines as leads. Well, mostly.

In the past, Portugal. The Man managed to successfully sell their sprawling string sections and wailing guitars. These days, they’re much more succinct. The new work instead continues the mission begun by 2011’s robust In The Mountain in the Cloud, and it’s the group’s most accessible and glittering release yet. Plainly speaking, it solves for x in the formula of pop song production necessary for success: memorable falsetto-anthem choruses plus a bouncy piano section and stellar production equals a hit.

Lyrically, Evil Friends gravitates towards themes that aren’t quite as softened as they have been. Maybe it’s Gourley’s role as a father in recent years, or the band is growing up, or both, but what punctuates Evil Friends rather brilliantly is an unabashed honesty and more than a few harsh truths: knowing when to let go, cutting off a relationship when it’s fizzled. It’s settling, but also with nuggets of wisdom peppered through. “Sea of Air” is a fresh whiff of saltwater breeze, with handclaps and acoustic licks carrying Gourley’s musings on bravery amidst the appearance of nothingness ahead. The sunny “Modern Jesus” proclaims Gourley’s grooving lack in a savior since we’re all liars anyway: “The only rule we need is never giving up – the only faith we have is faith in us.”

Portugal. The Man have proven in the past, and again on Evil Friends, that one of their biggest strengths lies in composing grand choruses, which establish an all-encompassing sense of community with crowds of thousands at festivals. It’s been a prevalent streak since Censored Colors, with the hum-mantra “And I” – we’re all in this together, man.

But Evil Friends reaches that stage of friendship where you recognize some relationships you’ve made aren’t necessarily affecting you positively. “Evil Friends” operates with the blunt chorus: “I’m not evil/ I just don’t like to pretend that I could ever be your friend.” Similarly, the chorus of “Atomic Man” builds itself up after a serious blow — “After you, I don’t know what to believe in.” It’s not pretending anymore, instead it’s being honest with yourself, others and how you relate to each other.

Gourley’s own worldview, at once exploding in color and self-deprecating, is heightened by calling himself out time and time again on his own mistakes, and others’ as well. In “Creep In a T-shirt”, he agrees that he’s a loser. Never absent from uplifting refrains, the gorgeous closer “Smile” features an orchestral folk approach to denial: “I don’t want to talk about the war/ I just want to smile some more.” Vocals gloss over guitars without forcing itself on the ear, carefully layered in between the handsome fretwork. Gourley’s trademark falsetto is like adjusting your retina to sunlight after being locked in darkness for some time.

Although they’ve been carefully walking the line between indie stronghold and mainstream single machine, Evil Friends is easily Portugal. The Man’s breakthrough album, amplifying pop sensibilities and executing them in their fullest Technicolor forms. Evil Friends kicks out the jams, heightens the hits, and rolls it all up in a trippy joint.