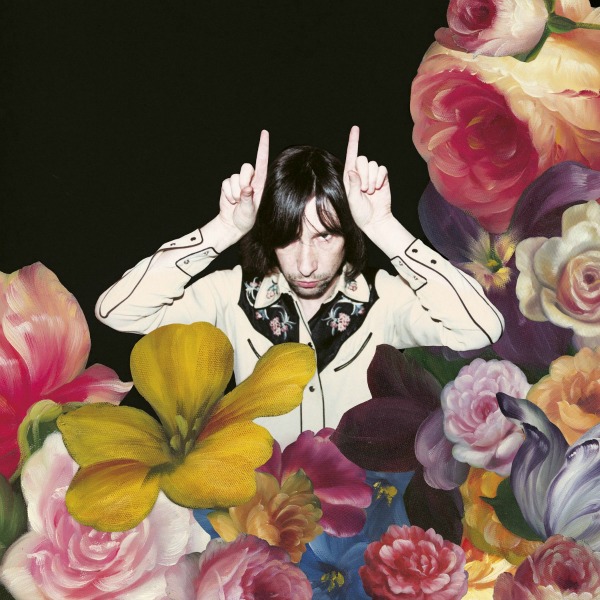 Primal Scream may not be the most important or influential band in music, but much like Forrest Gump, history will show that they were present for a lot. In the ’80s the group contributed the B-side “Velocity Girl” to NME’s now legendary C86 cassette compilation. A collection that in the eyes of history has come to define the mid-80s UK indie pop scene. The following decade began with Primal Scream’s Screamadelica, the band’s third full-length, released in the fall of 1991. With an impact rivaling Nirvana’s Nevermind, Screamadelica, laden with deep house and psychedelic techno, induced the eruption of the UK underground rave scene into the British mainstream. By 2000, the malaise from watching the world spiral down a staircase of repeated evils led to the industrial techno of XTRMNTR. The utopia of Screamadelica was nowhere to be found, instead replaced by a dystopian nightmare that was described by Q Magazine as “one of the most brutal albums ever recorded”.

Now it’s 2013 and the Scream are back. More Light, the Scream’s tenth album, is a pretty, psychedelic album, driven by orchestral guitars weaved throughout a loosely electronic webbing. After a five-year wait, Primal Scream has lost the drugs, swapped bass players, reunited with an old producer and delivered what may be their most exciting and electrifying album since XTRMNTR. As Gillespie put it, “It’s a rock ‘n’ roll record, but modern rock’n’roll.”

More Light sees Primal Scream returning with a more exciting, adventurous outlook, no doubt fueled by re-teaming with DJ and producer, David Holmes, whom the group first worked with on parts of XTRMNTR. When explaining his motivation behind More Light, Gillespie said, “I wanted to convey coming out of a dark time and into a good one…We always knew it wasn’t going to be a straight ahead, balls to the wall, high energy rock ‘n’ roll, two guitars, bass, and drum record. It’s sophisticated, layered, cinematic, and orchestral; obviously working with Holmes we were hoping to make a record more in keeping with that vision.” With a “whole attic full of obscure stuff” including obscure German and French funk records, Gillespie said Holmes’ influence was “essential.”

Opening track and first single “2013” propels forward with a hot horn riff that would fit perfectly with the Psychedelic Furs at their peak. Though the song’s dancey tendencies may recall the band’s more hedonistic Madchester days, it should in no way be interpreted as the band looking back. When the band “needed an extra bit of fairy dust”, they called in My Bloody Valentine leader, Kevin Shields. Shields, who appeared on both 2000’s XTRMNTR and 2002’s Evil Heat, provides his tremolo talents, beautifully accentuating main guitarist Andrew Innes.

“Culturecide” is one of those rare moments that hits and misses simultaneously, with the Pop Group’s Mark Stewart lending his vocal talents a definite hit. The song’s chorus “Living like a refugee in your own country” can call to mind images of the seemingly endless number of people who are falling under the umbrella of poverty, marginalized and disenfranchised by their governments or society. But when Gillespie sings about the neutron bomb, for someone like me, a child of the ’70s and ’80s, the reference is at best dated, and at worst bordering on camp.

Just as every trip has its peaks, so too it has its valleys and plateaus. “River of Pain” with an acoustic guitar plucking a riff that is in line with the Bee Gee’s “Jive Talking” if made under the influence of oxy rather than coke, percolates along until it evolves into a cacophony of dissonance and orchestral chaos before returning to theme, courtesy perhaps of the Sun Ra Arkestra, who had been stranded in London due to the 2010 Icelandic volcanic ash cloud. The sad, lonely sax heard in “Goodbye Johnny” calls to mind the imagery of a rainy night in a dark alley; the cloud-like “Relativity” provides the beginning of the trip’s metaphoric comedown. “Tenement Kid” may very well be one of the emotional centers of the album while “Walking With the Beast” reflects with a moment of clarity so often experienced by someone on a drug like acid or ecstasy.

With blazing horn riffs on tracks like “2013” and “Invisible City”, moments of soulful rock, free jazz explosions, psychedelia and grooving rhythms, More Light is sure to please both long-time fans as well as attract new ones. Of course, for many long-time fans there may be some concern over the group’s recent line-up change. Prior to recording More Light, longtime bass player Gary “Mani” Mounfield, who first joined for 1997’s Vanishing Point, left Primal Scream to return to his first group, the Stone Roses, as that band prepared to reunite. In his stead is another veteran of shoegaze legends My Bloody Valentine, Debbie Googe. As Gillespie says so succinctly, “We’re always different. We’ve never said it’s five fucking guys but it always sounds like Primal Scream.”