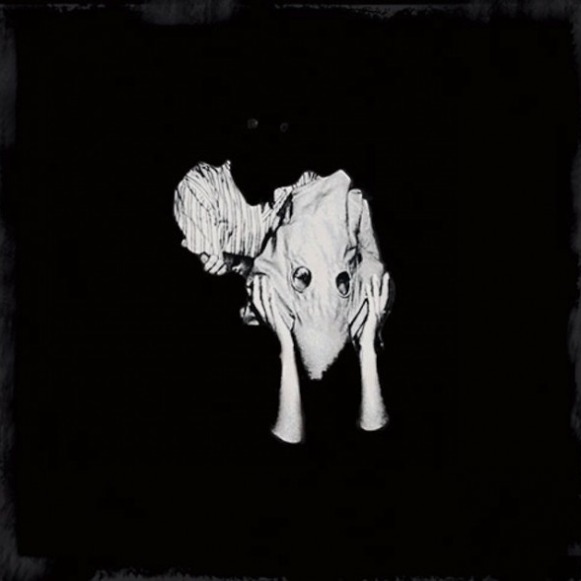 I miss getting lost inside Sigur Rós albums. I miss snaking down dark pathways, guided only by meandering piano or Jónsi Birgisson’s quaking falsetto, not knowing when or where I’ll next see the sun. It’s a feeling I haven’t enjoyed since 2002’s ( ), a wordless record that dealt out sadness and anger and loneliness and confusion with equal rigor. Since then, Iceland’s post-rock poster children have gotten into a habit of exercising unbridled catharsis. Their crescendos are huge, joyful, and routine enough to make dumb Twitter jokes. (“Knock knock.” “Who’s there?” “Tjuuuuuu…”)

Following the release of 2012’s slow-burning Valtari, Sigur Rós shed their keyboardist and plunged back into the studio. Their seventh LP Kveikur arrives after the shortest gestation period of any of Sigur Rós album. Maybe it incubated as Valtari‘s companion piece, but it’s easier to hear it as a reactionary effort to the criticisms that have been buzzing around the band recently–that they’ve swapped out their muscle for vapor. Kveikur bones up, jumps out of the murk, gets some caffeine back into its veins. It punches at Valtari‘s languor.

Sigur Rós branched further into the marriage of music and film by enlisting artists to illustrate every track on Valtari. Kveikur doesn’t need visuals to hold attention. After 22 seconds of starchy feedback, “Brennisteinn” rumbles in on blasts of fuzzed-out doom bass–a bold stroke that turned heads even among those who had shelved the band as mood music past its expiration date. The song’s title translates to “brimstone”, and the drums, strings, and groaning guitar bring their share of fire, too. But if this is hell as imagined by Sigur Rós, we’re not here for long. Birgisson lifts us up from under the earth, his voice always skybound. Whatever demons lurk below don’t touch him.

The title track cuts closest to the darkness hinted at in “Brennisteinn’s” first moments. This is as metal as Sigur Rós gets, and it’s almost like Mastodon fronted by choir boys. Fully fueled, the drums rush “Kveikur” toward an unseen danger while that same bass tone blisters. Birgisson sounds like he’s delivering a warning from afar, but he’s still not caught in the weight of the song. It’s almost like he’s immune to his own band.

It might swallow down some angry textures, but Kveikur isn’t an especially dark album. The vocal melodies counteract the rougher grumbles as Birgisson loops through well-trod major key patterns. He sounds like he’s soaring miles above the rest of the album, not ruminating in the grittier instrumentation. It’s strange, because we know Sigur Rós can write excellent excursions through the dark. Even those who were bored by ( )‘s sweet side ended up squirming at its sour. The peaks loomed like smoking volcanoes, not postcard scenery. And you didn’t need to speak Icelandic to know what Birgisson meant in the final wails of “Ny Batteri”. The lyrics, distant and desolate, sounded like “alone again” in any language.

At its best, Kveikur unsettles with its creative use of texture and percussion. ”Hrafntinna” rattles its chains around like a line of ghostly prisoners, while “Stormur” sounds strung with enormous wind chimes. Still organic through and through, Sigur Rós seem to have taken a few tips from electronica. Moments in Kveikur sound like electro-pop rendered with a rock trio and an orchestra. The way the title track jettisons its weight at the chorus evokes recent Depeche Mode, while ”Hrafntinna” shivers like a Sun Glitters beat.

Whatever strands they pull from other genres, Sigur Rós are still filling their own mold. It may be plated in new texture, but Kveikur is unmistakably a Sigur Rós record. It snaps out of Valtari‘s sleepwalk only to face a new problem: Kveikur doesn’t have much patience. Each song plunges headfirst toward the next climax, stepping through familiar rhythms at a newly brisk pace.

While energized, Kveikur doesn’t break away from Sigur Rós’ safe spots. Those who have followed the band down the same trails for years will happily be able to do so again. But those who are still hungry for the thickets of ÃgÃ¦tis byrjun or the haunted tundra of Von won’t find many new landmarks here. This is a dark, warm, safe space for Sigur Rós and their devotees. Don’t expect to lose your way.