The Lonely Island – The Wack Album 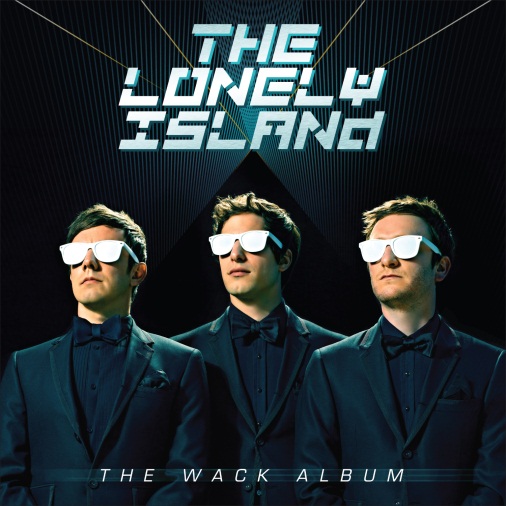 Doubtful any album this year has told us more about rap culture than Harmony Korine’s film Spring Breakers – starring James Franco as MC/gangster Alien, plus Radric Davis as actually-trapping trap-rapper Big Arch – did upon release three months ago. And though the oft-eccentric director Korine has never (professionally) crossed paths with The Lonely Island, it can now be verified that, with the release of The Wack Album, the trio of longtime buddies from Berkeley share with Korine a similarly conceptual lens through which they view rap as a whole – something made clearer still by the very presence of a song here called “Spring Break Anthem”. As a result of a collective sense of humor that occasionally germinates as satire, the dudes direct us to a few big questions – questions of rap’s nihilism, questions of its excesses. But more importantly, they’re continuing to confront one specific to them: Just how real can our reigning fake-rappers sound?

Here’s where TLI’s never-secret rap-fandom proves especially useful. Across The Wack Album’s 20 songs and 44 minutes, the trio – Jorma Taccone, Akiva Schaffer, and Andy Samberg – pick and choose different regional subgenres to mimic, finishing with adequate results across the board: Snoop-y G-funk for “Perfect Saturday”, straight-outta-’02 Atlanta crunk-king vocals for “Go Kindergarten”, brassy Freestyle Fellowship bap for “I Don’t Give a Honk”. But while TLI never rival the best of those bygone styles in terms of memorability, this is the first album of theirs to make clear how well they’ve grown to understand the dynamics of making rap songs, fake or otherwise, beyond basic song structure. It’s also TLI’s first to more or less play out with a lot of the same contours you’d find on a legitimately great rap record.

Of course, these three are comedians first and fore, and they’re in on every joke that could possibly be told against them. Still, there are some things here – production moves, guest spots – that obviously could have been better or worse.  As those familiar with 2011’s “We’re Back!” can attest, each TLI member is capable of flowing quite nicely, and they’re in that ballpark most of the time here. But there’s a wide gap between Album’s most productive guest (Solange, on “Semicolon”, immediately hookier than she was anywhere on True) and its most incongruent (Billie Joe Armstrong on the Mayor Bloomberg-reimagining “I Run NY”), while not one of the current-sounding beats is about to teach Mike Will any new tricks.

But hey, there’s this, and it’s fairly important: This is the funniest Lonely Island album yet! It’s always been easy to see the perspective of people who find TLI annoying; the post-Sandler immaturity that’s served as a basis for so much of their comedy can be predictable and unoriginal. But taking into account songs like “Diaper Money” – on which the 35-year-old father of two Schaffer chest-beats about having the means to afford Pampers and the graveplot he’s got secured right next to his dad – it’s inarguable TLI aren’t nearly as junior-high-centric as they were on 2009’s Incredibad.

As is TLI’s wont, the jokes here grow increasingly absurd as the songs move along. There’s the way T-Pain admits to his own history of incest at the end of “I Fucked My Aunt”, and later comes the ATL-owing intensity with which Schaffer screams how he and his cohorts were “doing fart jokes when you was sucking your momma’s tit” at the end of “Perfect Saturday”. Those are a couple of the best moments here. Some bits, like that of the letter-by-letter “Spell It Out” and the unimaginative “We Are a Crowd”, just don’t connect. But the best ones stay funny, sometimes because of the mere cadence and intonations of the way they’re delivered – my personal favorite being that goofy fucking voice Taccone does on “I’m a Hustler (Song)”.

The Wack Album’s closing track, just as something to chew on, is the only number here that spends much of its time trying to be something you’d ride around playing. Halfway between “Gin and Juice” and “It Was a Good Day”, “Perfect Saturday” is (deliberately) derailed a third of the way in by a flatulent Samberg, and Schaffer’s aforementioned outro – a celebration of TLI’s faithfulness to fart jokes all these years – winds up a perfect seal to an album that captures all the things there are to like about these guys. And after he finishes his rant, the general effect is almost that of a mic being dropped, as if there were an audience in front of him ready to go berserk with reverence. Almost.