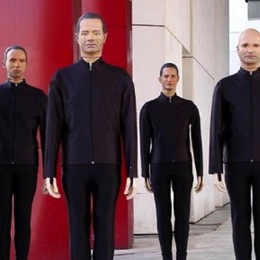 Over the last few years, Kraftwerk have been staging multi-night residences in cities across the world, where they’ve been performing their eight most recent studio albums accompanied by spectacular 3D visualizations and effects. Having wrapped up their final residency last month in Tokyo, the band is now setting its sights on a brand new album, their first since 2003’s Tour de France Soundtracks.

Last year, Kraftwerk’s Ralf HÃ¼tter told The New York Times that a new album was “under way” and would be released “soon.” When The Guardian asked recently if this remains the case, HÃ¼tter replied,”oh yes”, adding Of course. Its music non stop! in regards to a question about a timeline for its release.

In the meantime, Kraftwerk have a few upcoming festival slots. Check out their current docket below.