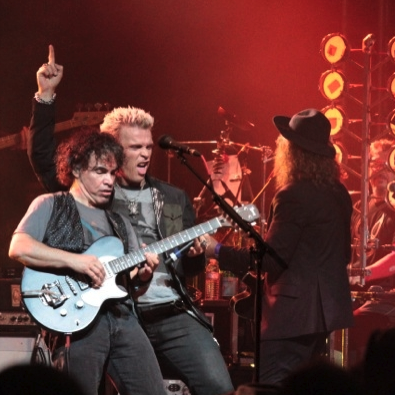 The Jim James and John Oates-led Rock N’ Soul Dance Party SuperJam at this year’s Bonnaroo wasn’t just one of the greatest moments of the festival, it was truly legen-don’t-even-wait-for-it-because-it’s-so-self-evident-dary. James and Hall were joined by Billy Idol, R. Kelly, Larry Graham, and Alabama Shakes’ Brittany Howard to cover songs by John Lennon, Prince, The Rolling Stones, Sam Cooke, T. Rex, and Sly & the Family Stone.

While nothing could beat actually being there, you can now experience (or re-live) that evening’s magic with a full, high-quality stream of the nearly two hour concert. From the opening performance of the “Star Spangled Banner” by Michael Winslow (yes, that Michael Winslow) to the epic finale of “Take Me Higher”, the entire performance is available to stream below. Or, grab a free download at Panic Stream.

Also be sure to check out our feature on some other choice moments from this year’s Bonnaroo.