The Mars Volta’s De-Loused in the Comatorium: Down the Rat Hole 10 Years Later 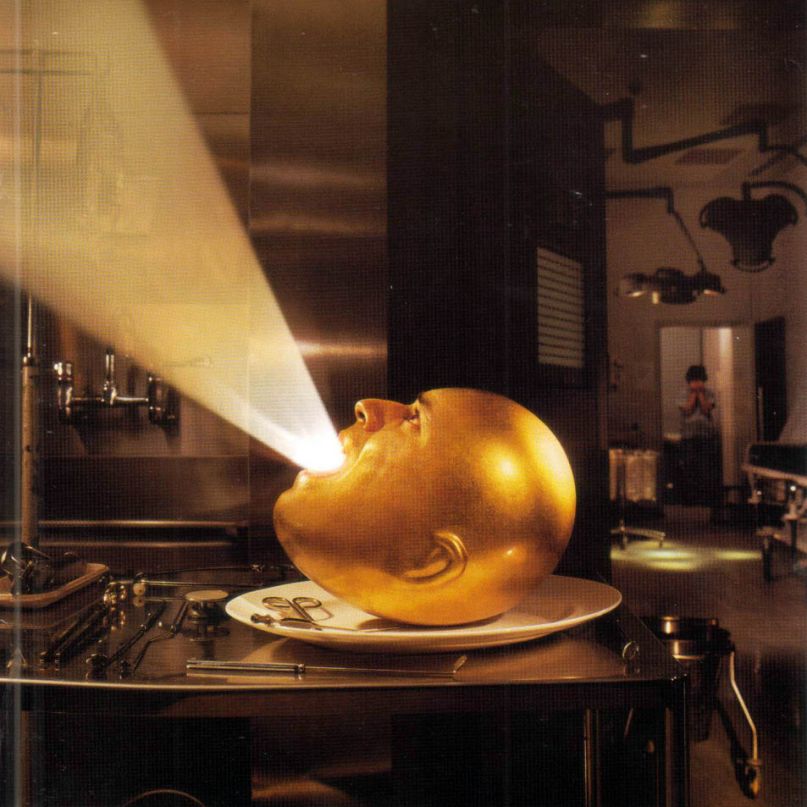 You don’t think of prog rock as cathartic. Prog noodles, prog brags, prog serves as the backdrop for stories about moonchildren and crimson kings and bloodthirsty sea life. Like any good fantasy, it engages a particular hunger for new worlds, but it’s rarely personal. For The Mars Volta, prog was both a vehicle for volatile musical fusion and a method of bloodletting. The band’s 2003 debut album, De-Loused in the Comatorium, grooves as hard as it grieves 10 years later.

Formed by Omar RodrÃ­guez-López and Cedric Bixler-Zavala after At the Drive-In split, The Mars Volta still had other deaths to mourn. In 1996, their close friend Julio Venegas leapt from an overpass onto the freeway in rush hour traffic. Like many suicides, Venegas’ had simmered. He had been a victim of self-abuse, shooting up whatever he could get his hands on for years. “He was an extreme person. He lived every day getting himself into situations and always getting lost, so he had scars all over his body that let you know the places where he had been,” RodrÃ­guez told LA Weekly in 2003. He got parts of himself before he got the whole thing: “One time he just combined different chemicals together and shot them up, and it shriveled up his arm.

Venegas was an artist, and the surrealist scenes he would render served as inspiration for the hour-long epitaph The Mars Volta eventually composed for him. Bixler’s lyrics brimmed with nonsense, portmanteaus, and puns, turning off many critics and fans who followed the band from At the Drive-In fandom, but De-Loused remains a surprisingly visual album. It doesn’t make sense and yet it’s easy to see. It’s easy to follow Cerpin TaxtVenegas’s fantasy aliasdown into the recesses of his own imagination as he lies in a drug-induced coma. It’s easy to see him duel with the demons he’s carried around his whole life. It’s easy to see him wake up, slip out of the hospital, and nose-dive into hot asphalt.

Like his scarred skin, De-Loused is a map of Venegas’s pain. Bixler grounds his lyrics just enough to let us move through them. Purple indulgences like “clipside of the pink-eye fountain” are tempered with desperate clarity: “Now I’m lost.” Even when he’s not making sense, he sells the language. The meaning of “exoskeletal junction at the railroad delay” isn’t in the words but the way he howls them in that perfect, tightly wound hook.

De-Loused in the Comatorium is full of the sort of visual gibberish that brings to mind the writing of James Joyce or Lewis Carroll. Meaningless words glean meaning from context and flow, propelled by diverse rhythms, elastic bass, and RodrÃ­guez’s frenetic riffs. The album animated the imaginations of a particularly eclectic fanbase; I’ve known free jazz musicians and die-hard emo kids who have loved it with equal fervor. It combusts on both technical and emotional levels, each feeding the other.

The sonic space inside the record (helped in no small way by Rick Rubin’s production) puts miles of shadow between Flea’s bass, RodrÃ­guez’s guitar, and Bixler’s voice. Each song is a cavern, a dripping chamber in Taxt’s sticky purgatory. It’s in this space that we can see the album’s lyrical nightmares take shape: evaporating fur, well-dressed tapeworms, the chalk outline of a body swallowing a whole city. It’s not surprising that De-Loused likely has the most productive fan artists of any prog record.

Like Alice in Wonderland, De-Loused plunges down into it’s hero’s subconscious, illuminating the space between waking life and death. The video for “Televators” proved how readily an imaginative illustrator could translate the world of the album to the screen. Many fans quickly followed suit, dotting the web with paintings, drawings, and collages set in Volta’s Comatorium.

An album made to give life to a dead friend, De-Loused in the Comatorium fulfilled its purpose even beyond what The Mars Volta might have imagined. Venegas’ world lives in the album, but it also lives when the artists that are still with us paint what they see in the 10 songs. His last romp through the universe he was always dreaming up gets to be imagined over and over. By writing the album from his perspective, in his own world, The Mars Volta paid a tribute that might even be more fitting than Pink Floyd’s salute to Syd Barrett in Wish You Were Here. Both albums are infused with longing for a long-gone friend, but while Floyd detailed where Barrett came from, Volta illuminated where Venegas went.

De-Loused isn’t hopeful. It’s not a way to imagine that Venegas is at peace or in a “better place”. But one way to understand the hell of someone you love is to dive in headfirst. By writing most of the album from Cerpin Taxt’s perspective, Bixler could follow his friend to the end. The album tackles drug abuse and suicide from a vantage of total sympathy. There’s no judgment and no justification for Venegas hereonly a yearning to hide in his ripped-up skin until it’s gone. How else can you learn to forgive someone who leaves you that way?

The Mars Volta started from a place that most bands never get to: a place of catharsis, redemption, and the overwhelming desire to create something beautiful from tragedy. De-Loused came to life for all kinds of listeners precisely because it wasn’t written for everybody. It was written for Julio. By illuminating his world, it ignited, in the minds of thousands, a world of its own. Is there a better way to eulogize an artist who’s passed than by making an album that inspires living artists to create?