Watch Queens of the Stone Age perform on Letterman 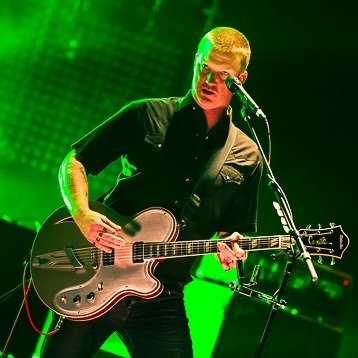 Queens of the Stone Age are spending quite a bit of time this week at New York’s Ed Sullivan Theater. Last night, the band not only ripped through “My God Is The Sun” for Late Show with David Letterman, but they also performed a full live webcast as part of the Live on Letterman concert series. And later today, they’ll return to the theater for a second performance on Letterman proper.

Below, replay last night’s performance of “My God Is The Sun” (via The Audio Perv), along with the full webcast. The setlist comprised almost entirely of material from the band’s excellent new album, …Like Clockwork, though they did close with “Little Sister”.

…Like Clockwork is out now through Matador Records. We recently ranked the top 20 songs from across the band’s entire discography.