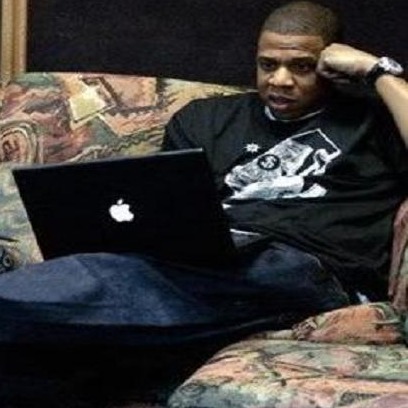 On June 17th, following a series of tweets promoting the his own new release as well as those by Kanye West, J. Cole, and Wale, Jay-Z wrote, “Ok that was my yearly allotment see ya’ll 2014.” Turns out HOV has had a change of heart, because today he took to Twitter and spent over six hours answering fan questions pertaining to his new album, Magna Carta Holy Grail, and just about everything else.

Among the things we learned: Jay is just as self-loathing and self-aware, especially of his trademark laugh. From a news standpoint, he revealed that Jack White would be handling the vinyl release of Magna Carta Holy Grail. He also announced plans for a series of visuals in support of the album.

Jay also revealed several details about the album’s recording process. The Frank Ocean-aided “Oceans” was recorded nearly two years ago, while the song “Tom Ford” was originally titled “IZod”. He called his sessions with Nas a “great time” and plans to release in-studio footage.

Asked why Kanye does not appear on the album, Jay replied, “same question back to you on Yeezus? WTT2?” So it looks like a sequel to Watch the Throne is, in fact, in the works.

Jay even gave advice to independent artists, writing, “Unlearn anything they ever taught you. They know not what they speak.” Oh, and he’s also a fan of James Blake.

He began by addressing the controversial nature of his new song, “Tom Ford”, with the most self-aware, hilarious answer possible.

And then he did it again.

Hey, look at that! He finally got figured out how to make a #hashtag.

He’s just as self-loathing as you are!

One such new problem: His local Froyo was out of peanut butter cup ice cream last night.

He was also hungover from the Fourth of July weekend.

He’s just as paranoid as you are.

The time during the Jay-Z Twitter Q&A when Rap Genius’ servers exploded.

The first step is admitting you have a problem. #mylaugh

That time when Samsung’s stock began to plummet.

Jay-Z is really into Picasso…

But doesn’t *yet* own a painting.

Finally, something about the new album!

It took him nearly three hours, but he finally made an Illuminati joke.

He gave advice to the guy from DIIV.

What about the best advice he himself ever received?

He’s not sorry for the Miley Cyrus twerking line.

Blue Ivy is a Giants fan!!!

Reasonable Doubt is Jay-Z’s best album, according to Jay-Z.

Comparing that album to his new one…

That time Jay-Z cosigned James Blake and (sort of kind of) Gonjasufi.

On the lack of Kanye on Magna Carta Holy Grail.

He’s not a big fan of hipsters.

He likes the same movies as you do.

He just kept going and going…

Finally, after nearly seven hours, he signed off.

That time Jay-Z made music blogging the least important profession ever.