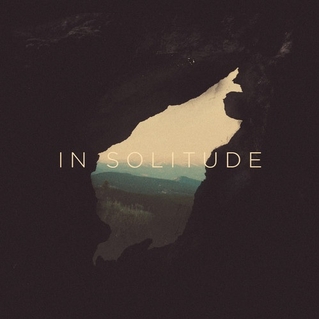 Colorado native Gabriel Jorgensen chased his muse from the suburbs of Aurora in a youthful attempt at clearing his slate and finding some answers. That’s right: he recorded an album in a cabin in the woods. Ancient Mariner’s resulting self-released debut EP, In Solitude, casts light on the experiences that led Jorgensen to record those six tracks in that time-honored tradition—questions about theology, a self-described “spiritual breakdown”, and most likely a lot of the free time and resources that tend to go along with being a college freshman.

The title track opens the album quietly, and like much of In Solitude, it opts out of standard verse/chorus/verse format for a slow build. Structured around a cautious, finger-plucked acoustic guitar line, syrupy piano chimes slink along for a few minutes before giving way to an unexpected interlude of low strings and eerie theremin. This spasms into a rumble of drums that perfectly spurs everything along into the rickety beat of “Acedia”, prompting unmissable comparisons to Radiohead’s In Rainbows. Corkscrewing and arpeggiating reverbed guitars paired with Jorgenson’s drawn-out falsetto testify to his ability to write melodies that work with the percussion, rather than being thrown off by it.

But just when the momentum could tempt In Solitude to outrun itself, “War In My Head” creeps in “as idle as a painted ship upon a painted ocean.” Jorgenson switches to the lower end of his range, slowly uncoiling a song that echoes the absinthe-addled vision of devastation and hopelessness evoked by David Bowie on his cover of “Nature Boy”. Moments like these, awash with emotion, tension, and dissonant chords, reveal the uncomplicated beauty of these songs. Their ins and outs are thoroughly examined in Ancient Mariner’s contemplative exploration of loneliness and Jorgenson’s search for something greater.

Ancient Mariner uses the same simplicity that can be found in Sufjan Stevens’ singing and songwriting (or less obviously in Among Savages’ dreamy folk), beckoned by Jorgenson’s delivery on “Child of Wrath” and the EP’s untitled closer. At such a tender age, it’s unsurprising that Ancient Mariner still seems a little green, despite offering such a self-assured debut. In Solitude isn’t anything avant-garde, but Jorgenson sounds poised for more experimentation on his next project.

Essential Tracks: “Acedia”, “Child of Wrath”, and “In Solitude”