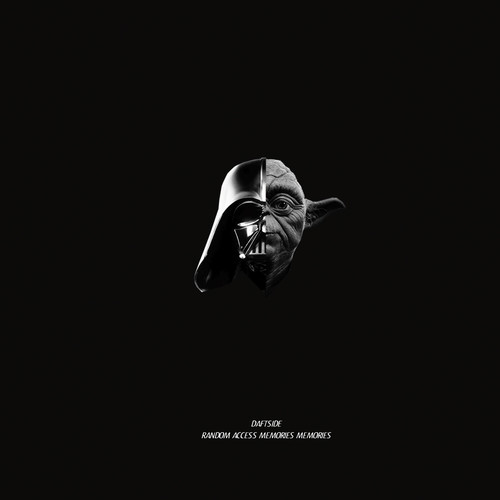 How does someone give life back to music? The question itself presupposes a lot—namely, that life has drained from music in the first place. Daft Punk aren’t the first to examine the ways that consumer technology affects how artists write, produce, and consume music, but they did enter the discussion from a bold vantage. ”Technology has made music accessible in a philosophically interesting way, which is great,” Thomas Bangalter (the silver bot) recently told Pitchfork. “But on the other hand, when everybody has the ability to make magic, it’s like there’s no more magic—if the audience can just do it themselves, why are they going to bother?” So the android odd couple turned away from their bedroom rig and dove into a proper studio outfitted with proper gear and proper musicians, laying down an impeccable disco-pop record in search of the magic they felt had been lost.

Well, plenty of people had access to guitars and basements in the ’90s, but not everybody bothered to become Nirvana. While that “magic” might come from something other than gear, Daft Punk’s answer to the glut of music now freely available to the public was to make an album that only the wealthy could make. As much as Random Access Memories is about nostalgia, it’s also about money. What happens when the rich assert that they’re the gatekeepers of life in music? Nicolas Jaar and Dave Harrington, mutating their Darkside project into Daftside, grapple with Random Access Memories’ cultural statement as much as its musical content in their full-album remix.

At first, Random Access Memories Memories—a title that suggests a look back at RAM from some undetermined future—feels cynical. It storms in on raw noise, threatening an hour-long tantrum, as if Lou Reed were perched behind the controls. While Daft Punk’s “Contact” triumphantly finishes a record, Daftside’s “Contact” groggily begins one. But the biggest divergence from the source material isn’t in the song’s structure or the gesture of repurposing closer as intro. Jaar and Harrington swap out Daft Punk’s sci-fi spoken word sample for a few thoughts on theology: specifically, on finding what elevates humans beyond our rational machinery. Daft Punk might have had fun looking to the sky for aliens; Daftside are more interested in looking down into the human soul.

Daft Punk’s slick, expensive pop tarnishes under Jaar’s knack for sculpting sound. Most of the vocals, robotic and otherwise, get buried. ”Give Life Back To Music” rattles in on a dry military beat, lo-fi white noise littering the formerly lossless production. The guitars still come in clipped and clean, but they’re fighting their surroundings instead of gliding on top of them. ”Within” drifts as a spectral spot of jazz; ”Get Lucky” loses most of the skip in its step as Daftside fog it up with sleepy curls of static. ”Motherboard” ruptures with pixelated splashes, wisps of singing saw, and a caffeinated drum ‘n’ bass backbone, while the pitch-shifted version of “Doin’ It Right” sounds more like Animal Collective’s scuzzy fits than the first take. And Random Access Memories Memories isn’t without its humor. The originally sluggish “Lose Yourself To Dance” gets cut down to two seconds, a brief yelp in between fully fleshed-out tracks.

The tracklist might be jumbled, but this is a Nico Jaar project; it flows just as well as Daft Punk’s LP, if down a different slope. The longer it plays, the more it crystallizes. On “Giorgio By Moroder”, Daftside cut the Italian producer’s wistful speech down to a single bite set against a krautrock backdrop. “Sound of the future,” he repeats. It’s a good point for the song to orbit around. Daft Punk might have rendered the sound of Moroder’s future, but what’s going to happen to ours?

Part of the artistic mechanism of Random Access Memories Memories is its delivery. As of writing, it’s still streaming for free on Soundcloud, where listeners can feel free to annotate every second of music. And chime in they do. Each track is striped with the comments and arguments of Daft Punk fans, Jaar fans, and new listeners, all competing for pixels in real time. Plenty are furious with Daftside for contaminating what they think of as a pure album. Plenty are thrilled.

Random Access Memories Memories isn’t just a remix of RAM‘s music, but also an inversion of its presentation. Daft Punk’s original album can be purchased from Columbia or streamed through licensed services. This remix can only be heard in one place. You can’t buy it; you can’t download it (at least not without being a little bit of a thief). It only exists where thousands of others are hearing it and discussing it. There is no way to play the music without playing the conversations that surround it.

That dialogue bolsters the joy of Daftside’s work. Early tracks might be studded with naysayers, but the deeper you plunge into the album, the more positive the commentary gets. Exasperated insults evolve gradually into exclamation points and ASCII hearts. The further you go, the more you’re accompanied by people who love the sound enough to go just as far. Daftside remind us that everything is now in constant, active dialogue—even fancy full-length studio albums. Random Access Memories is an album about what it means to make professional-grade music; Random Access Memories Memories delves into how we think about, talk about, and repurpose that music. It’s a thoroughly enjoyable companion piece that doesn’t get bogged down with politics, but isn’t afraid to level criticism at its source.

Essential Tracks: “Motherboard”, “Giorgio by Moroder”, and “Doin’ It Right”