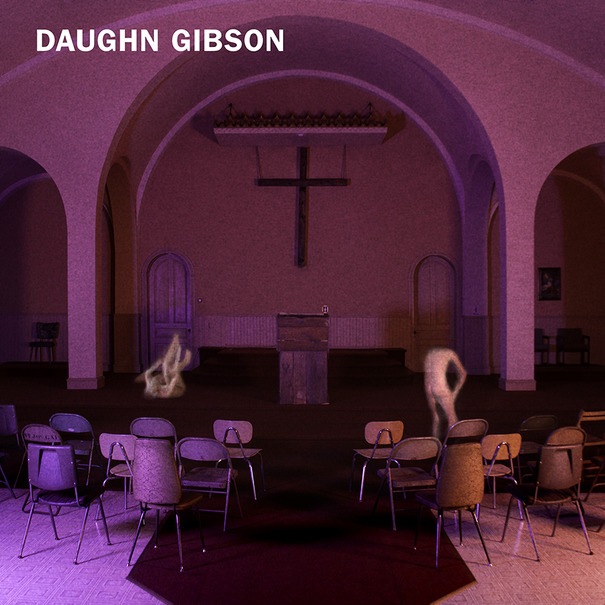 On his solo debut, All Hell, ex-Pearls and Brass drummer and walking voiceover Daughn Gibson flaunted a versatility for crafting unlikely arrangements around his booming baritone faux-drawl. Gibson – formerly a cross-country truck driver, roadie, and holder of the raunchiest janitorial gig imaginable – seems an unlikely authority on modern country at first listen, but All Hell successfully demonstrated just how futile first listens can be. Gibson asserts himself with picture-perfect evocations of remote highways at night: sometimes absolutely serene, sometimes eerie as hell, always tailor-fit with a one-of-a-kind sonic texture. On his sophomore LP, Me Moan, Gibson manages to dig even deeper while never lifting a knee from the alters of Hank and Willie.

Gibson remains averse to sticking with a single backbone for more than a song at a time here, but Me Moan is a decidedly spookier effort overall. In the album’s middle section, “Franco” and “Won’t You Climb”, he skips from a pitch-black electric guitar solo loop, over which he laments “I wish we had a kid/ and never wanted to die,” to a disco-rooted beat merging synth and pedal steel. It’s not until the final two tracks, “All My Days Off” and “Into the Sea”, that Gibson offers up some of his prettier, major-key ideas that comprised about half of All Hell. The transitions are jarring, reflective of Gibson’s obvious attention to deliberate sequencing.

Be it a pedal steel or a Shabazz Palaces sample, one single element – sonic or lyrical – is all Gibson needs to build around for a nuanced snapshot of his America. Rather than starting at one sweeping concept for 40 minutes of music, Gibson works one at a time – one thought, one sound, one song. With Me Moan, he remains committed to staying country at heart while taking on any other appearance on the surface, one by one.

Essential Tracks: “Phantom Night”, “All My Days Off’, and “Into the Sea”