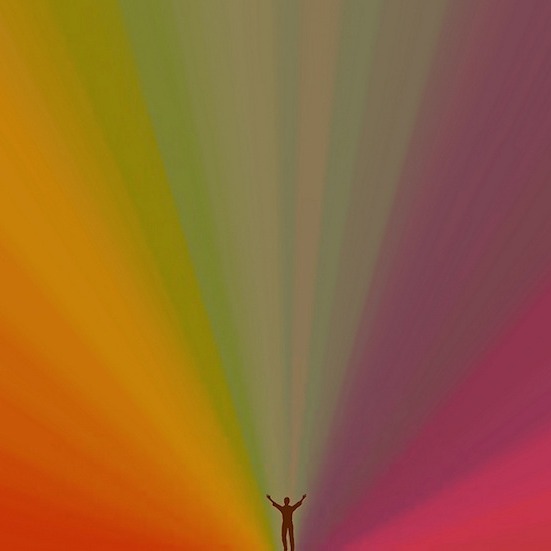 Alex Ebert, or perhaps his messianic alter ego Edward Sharpe, has a thing for magic. This intangible element follows the 35-year-old and his 10-person troupe of modern-day flower children as they continue their pilgrimage, currently in its sixth year, to unfurl joy, peace, harmony, what have you, on audiences around the world. A healthy portion of reviews of the beautiful, controlled chaos that is the Zeros live show center around the word “magic”, and Ebert once said quite simply, “It’s more fun to live with magic than without it.”

After battling drug addiction on an odyssey to stare death in the face and rising up from below, Ebert underwent a Jesus-esque makeover, embarked on a band-forming tryst with the ultra-charming Jade Castrinos and rode the success of the mega-popular 2010 hit “Home”. Consequently, ESATMZ’s 2012 release, Here, didn’t quite stack up to the debut as far as grand choruses and undeniably catchy numbers go, but the record challenged spirituality and saw the frontman reaching peace; as he told us on the opening track, “Only one desire that’s left in me/ I want the whole damn world to come and dance with me.” When swelling crowds inch one closer to that sole desire, what’s the next barefoot step toward the abyss?

“Let’s …  get …  HIGH,” Ebert loudly answers, sounding like the ringleader of a janglin’, psychedelic circus (“on love” directly follows the exclamation). While the group is often lumped into the radio folk-rock revival genre, garnering more love from the mainstream masses than critics, and sometimes badgered for commonplace back porch anthems, the stomp-clap is merely this record’s backbone. Psychedelic San Francisco guitars and harmonies, along with a collection of intricate tambourines, horns, and whiskey chatter all prove a sound far more complex than that of, say, the commercial freight folk train Mumford and Sons.

The shock to this album’s system arrives when Castrinos saunters into Ebert’s spotlight, crafting vibes more Jefferson Airplane than the Johnny Cash and June Carter-esque banter of previous entries. Although Ebert’s falsetto toppling over the group’s harmony electrifies, the track gets its boots knocked when Castrinos’s Grace Slick-like croon enchants a minute and a half in. Her solo vocal performance on in “Remember to Remember” fails to rival Here’s shiniest gem, “Fiya Wata”, but it further validates her talents as she instructs us that life’s journey isn’t a solo trip: “You don’t walk alone/ As the storm it rages/ Be not afraid/ Let it pass.” In a form true to the outfit, the references to God are left up for interpretation: make the all-holy being whatever you want, and that’s just fine by this gal.

Even despite her standout moments and Ebert’s assurance that Edward Sharpe is now something much bigger than him and a rehab-inspired alter-ego, the whole thing is his show, through and through. He relaxes with “In the Summer” (essentially a modern-day take on Mungo Jerry’s “In the Summertime”) and channels David Bowie on the mini musical that is “Life is Hard” (while lines like “Life is it/ It’s where it’s at/ It’s getting skinny, getting fat/ It’s falling deep into a love/ It’s getting crushed just like a bug” seem juvenile on paper, the message rings universal and the music undeniable). On the thumping lead single “Better Days” and album closer “This Life”, he admits that not every day can be a walk in the park (or a music festival).

His raspy excitement tames itself as he faces his issues with mortality on the latter, a bluesy nearly six-minute dance with death (“I’ve been trying to pretend/ That death is my friend/Oh this life/ This life ain’t for me”). The drugs, the band, the beard – for Ebert, it all boils down to his questions of what we’re doing here and where we go when it’s all over. Accepting that the answer could very well be nowhere, his lyrics may tell us this life isn’t for him, but the music reveals that Ebert has made himself the life that is for him. Couple the track with the clattering and twangy “Country Calling”, an anthem for anyone whose planted themselves in a city only to long for the road, and the success of Edward Sharpe manifests.

During an early scene in the 2012 film, Big Easy Express, in which the Zeros hopped a train to New Orleans with Mumford & Sons and Old Crowe Medicine Show, Ebert explains that the ragtag group  is aboard “To see [America] the way they saw it more than 100 years ago when we were all children dreaming to lift ourselves and the world we come in contact with back into the magic.” When Ebert’s country calls and life simply doesn’t feel right, he can hop a train, capture lightning in a bottle for at least a second at each show, and return with a record such as this. One with a sole (read: soul) mission: to spread a little bit of magic. The magic of being high, the magic of summer, and the magic of love.