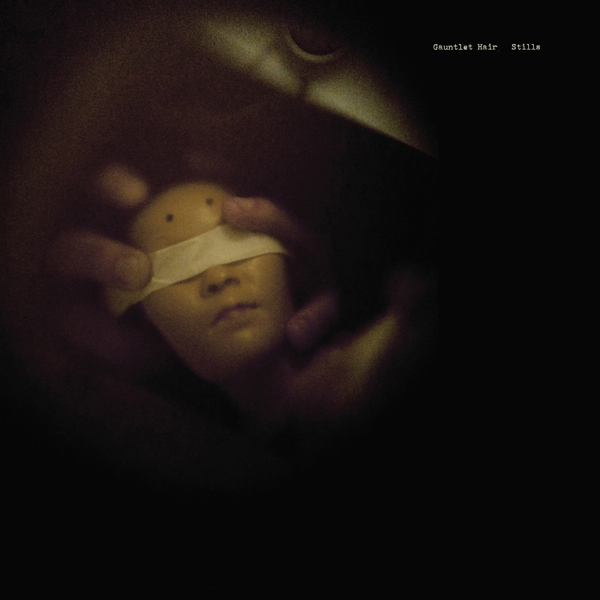 Stills is a record concerned with interpersonal relationships. Given just how much of Gauntlet Hair’s sophomore album spends angsting about significant others, it’s not hard to imagine the Denver duo of Craig Nice and Andy Rauworth standing on either side of High Fidelity‘s John Cusack, complaining loudly about Captain Beefheart nerds.

This sonic variety makes the record a more difficult listen, but also a more rewarding one upon return. An initial passing might imply Stills is merely a darker version of its predecessor, but further listens expose a deeper attention to dynamic changes, to tonal shifts, and to momentum in general. These songs, while sometimes discomforting (“Spew”) or functioning as filler (the pointless “Obey Me”), at least create peaks and valleys, whereas on Gauntlet Hair, a full spin was a bit monotonous.

The vocals on Stills are buried in the mix under a heavy dose of reverb, but when lyrics do pop up in the Joy Division mix, they often sound like relationship complaints. The protagonist on “Human Nature” is in the stereotypical friendzone: “They tell me I make you smile/ One time a week,” goes one couplet. Then, the other, “When it comes out it’s all I see/ And that’s when you tell me it’s just your human nature.” Ouch. Sorry, bro. “Falling Out” repeats “Falling out of love with you” over and over. But Stills explores its feelings of hurt and misgiving more deftly with its music than with its lyrics; if you’re sick of Dick and Barry types, the darkly-focused new wave avant-pop of Stills can still offer its rewards.