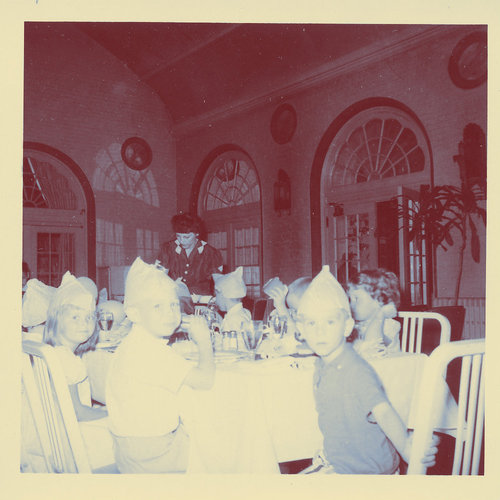 The 20-year-old anti-singer-songwriter Jackson Scott has already been so bold as to declare his sound “apocalypse pop.” It seems we’re to take this notion ironically, because Scott doesn’t make the daunting, gigantic-sounding music that tag implies. Instead, his songs (the songs – not the instrumentals) are intimate and snugly woven, most of them bite-sized and recorded modestly on a four-track. But at its best, Scott’s debut Melbourne characterizes the North Carolina native as a compositional talent to watch in spite of an altogether failure to be musically assertive.

Determining the influences behind these songs can be exceedingly easy – “Never Ever” rings out like a slacker’s take on the Smashing Pumpkins’ “Today”, while ”Doctor Mad”, like the Pixies’ “Where Is My Mind?”, seems to revolve around a tilted circle – but most of the time Scott proves himself to be more than a dabbler. As is the case with Bradford Cox and Christopher Owens, it’s likely Scott’s introversion has been conducive to developing songcraft; it’s not hard to imagine him supine on his bed, staring at the ceiling while absorbing the intricacies of, say, Liz Phair’s Exile in Guyville.

Unfortunately, Scott is more often than not lyrically uninteresting, as truisms like “Isolation can be such a bore” don’t add much color. None of that’s to say Scott is a lightweight; this LP’s issues stem from a type of loner-stoner self-consciousness that’s going to trouble anyone afflicted by it, no matter how strong his chord progressions and melodies are. (Full disclosure, though: The chord progressions and melodies here are pretty strong.)

In spite of its cartoonish, Youth Lagoon-ish vocals, fourth track “Sandy” is the most endearing song on the record as well as a gem all told. “Little kids sitting on a hill,” Scott starts, choosing to focus on the youthful vivacity of children the age of those killed at Sandy Hook Elementary last December instead of whatever the fuck might have been going through the gunman’s head. Scott must have had a final destination – a point he was trying to make – in mind as he was writing “Sandy”. Maybe if he has intentions that clear every time he writes, he’ll be able to follow-up Melbourne with something more urgent and full-bodied.